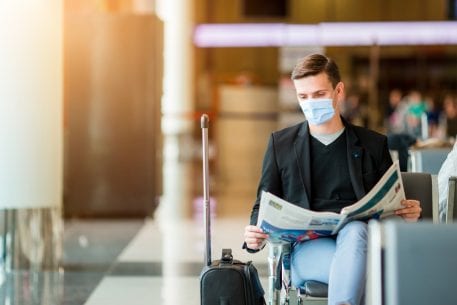 For airlines, looking toward the future leads to a longing for the past.

And though 2019 was, well, not all that long ago, it seems like a million years ago.

Earnings season, as always, sheds light on what’s to come – and per commentary from the Delta airlines conference call to discuss second-quarter results, the company’s third-quarter revenue and flight capacity will be at roughly a quarter of last year’s, owing largely to the pandemic.

More recently, the executive said on Fox Business News that a return to previous travel volumes would hinge on a vaccine.

“When that vaccine is in place – and there will be a series of vaccines hopefully over the course of the next six to 12 months – we’re going to see travel come back at a meaningful level,” Bastian told Fox. “I think it’s going to take two to three years to get consumer behaviors back, but we do know there is a tremendous amount of pent-up demand for transportation, for travel, for mobility – and we’re ready to serve customers when they’re ready to go.”

One lingering victim of the coronavirus, and the great digital shift, might be business travel.

Said Bastian on the earnings call: “I’m not one that thinks we are in a permanently depressed level of business travel for the foreseeable future. I do think there’s a lot of inefficiency, which we can all appreciate in business travel. The number of trips that the average road warrior takes, I’m sure, is going to come down in certain cases…. I don’t think we’ll ever get back entirely to where we were in 2019 on the volume of business traffic.”

Yet he also noted that there is “resiliency” when it comes to business travel, largely through the benefits realized in face-to-face meetings and relationship-building.

It may take a while.

Consider the fact that, as estimated by the International Air Transport Association (IATA), a trade association of the world’s airlines, global passenger traffic will not return to pre-COVID levels until 2024.

With a nod to business travel, IATA said that “corporate travel budgets are expected to be very constrained as companies continue to be under financial pressure even as the economy improves. In addition, while historically GDP growth and air travel have been highly correlated, surveys suggest this link has weakened, particularly with regard to business travel.”

The culprit: Video conferencing, according to the trade association, has been making “significant inroads” as a substitute for in-person meetings.

Uncertainty, we note, leads us to seek certainty. Many firms were forced to pivot to virtual models – and the longer the pandemic drags on, the more firmly entrenched Zoom calls become. And as corporate America continues to shrink its real estate footprint, there are fewer places to serve as destinations for those in-person meetings and conference room huddles.

In terms of the big picture, as reported earlier in the month by The Wall Street Journal, as much as 10 percent to 15 percent of the business travel market could be lost forever.

For at least some companies, the impact to the bottom line may be a positive one. Domestic U.S. business travel comes to $111 billion annually, as estimated by Certify. For every dollar spent on travel, estimated Certify, businesses can see as much as a $9.50 increase in revenue. But amid a prolonged global economic downturn, it would seem that all else being equal, firms would rather save cash rather than hope the spending will pay off in the longer term. And there may be the additional liability of sending road warriors out on the road.

But the money saved here – on travel expenses and even on geographic footprints – could conceivably be used for other line items. Might it be the case that rent, airline tickets, catered meals (for conference rooms) and corporate cars might give way to a whole new pot of money that is allocated to, say, hiring some of those souls thrown out of work in the age of COVID-19? It’s a form of substitution, in a way, but with corporate expenses.

It’s not clear what business travel will look like on the other side of the pandemic – which, of course, has ripple effects for other industries, such as hotels and tourism in general – but it won’t be smooth flying.

Instant payouts have become the name of the game for vendors and suppliers facing crumbling revenue streams, but banks can find themselves struggling to facilitate faster B2B payments. In this month’s The FI’s Guide to Modernizing Digital Payments, PYMNTS talks to Vikram Dewan, Deutsche Bank’s chief information officer, about how regulatory compliance complicates payments digitization — and why change must begin with shifting away from paper.