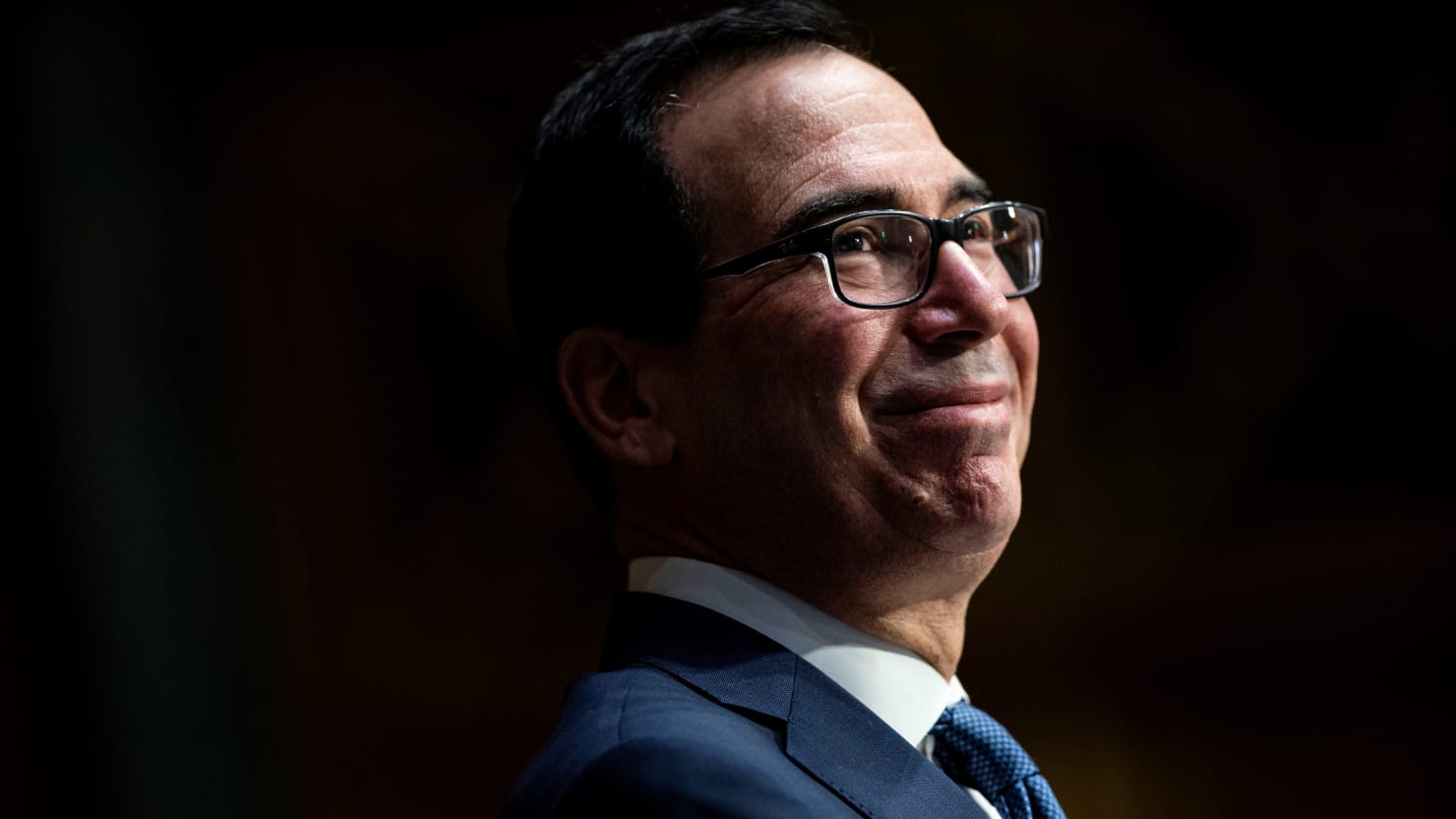 Hotel accommodations for Secret Service detail assigned to former Treasury Secretary Steven Mnuchin cost taxpayers more than $30,000, according to federal spending data reviewed by The Daily Beast. One contract, for $15,604, reads, “MNUCHIN VISIT-USSS ROOM RESERVATION ST. REGIS – APRIL 2021,” and states that the funds came from the U.S. Embassy in Doha. Another, for $16,658, reads, “FORMER SECRETARY OF TREASURY MNUCHIN VISIT- SECRET SERVICE SUPPORT.” The contract overlaps with the first, and says the funds also came from the budget of the U.S. Embassy in Doha. The charges do not include salary, flight costs, overtime pay, and so forth. Mnuchin was unable to be reached for comment on Saturday; no recent travel by Mnuchin has been publicly announced.

It is highly unusual for former administration officials to continue receiving Secret Service protection after leaving office. But before leaving office, Trump ordered an extra six months of security beyond his term for 13 members of his family and at least three Trump appointees: ex-Chief of Staff Mark Meadows, ex-National Security Adviser Robert O’Brien, and Mnuchin, an investment banker who has come under fire in the past for lavish travel spending on the taxpayer dime.

Thinking about travel? Book soon, because costs are rising quick