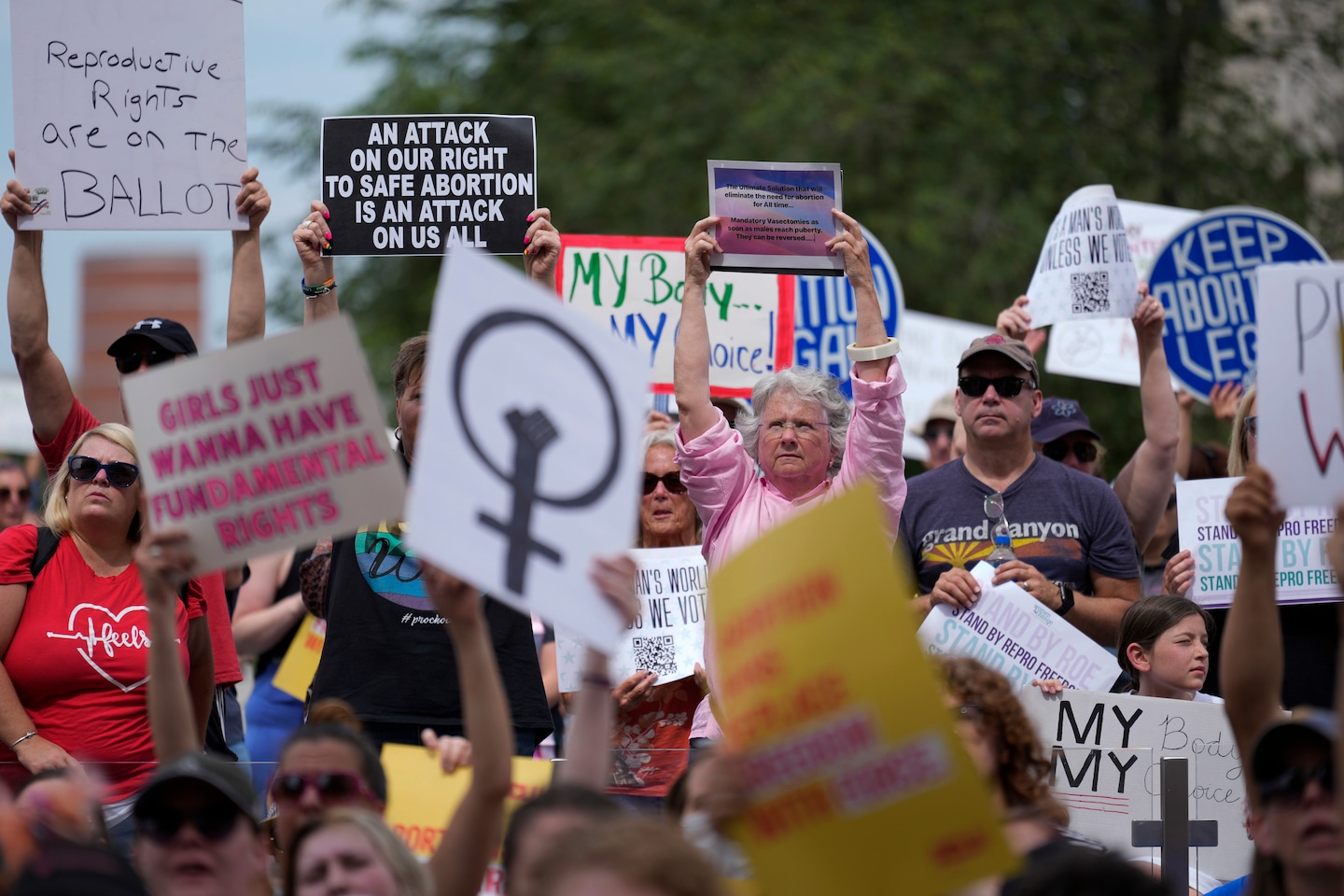 Within an hour after the Supreme Court overturned Roe v. Wade, TriNet, an HR and payroll services company working with small and midsize businesses, found itself bombarded with calls from worried employees and employers wondering how they would be affected.

So TriNet created a benefits product that will allow its customers to offer tax-free reimbursement for out-of-state medical travel, including for abortion. The product will be available to some 610,000 employees of TriNet clients and their dependents. Employees will be able to access it regardless of whether they are enrolled in their employer’s health plan.

“Everyone wants to be compliant with the laws, but there are various ways you can react to what’s going on around you in the macro environment,” said Samantha Wellington, TriNet’s executive vice president of business affairs and chief legal officer. “Every step you take says a lot about you as an employer.”

Disney, Target, Netflix, JPMorgan Chase and other major corporations were quick to announce that their health-care plans would cover travel for abortion after the court’s decision in Dobbs v. Jackson Women’s Health Organization.

With operations throughout the country, bigger companies were accustomed to juggling jurisdictions, and the nature of self-insured health plans, favored by many large employers, means they are not regulated by states. Many of these companies already covered medical travel, including travel for abortion, through their plans.

But for smaller employers, the calculations are more complicated. They have fewer resources and they tend to have fully insured health-care plans, in which insurance companies assume financial responsibility for claims. Those plans are subject to state insurance laws, which could limit their ability to cover travel costs for an abortion in states that have restrictions or bans.

Abortion is now banned in these states. See where laws have changed.

And while more than 100 large companies have taken public action in response to abortion bans — from covering abortion travel to donating to organizations that fight for reproductive rights — only half as many companies with fewer than 500 employees have taken similar measures, according to a tracker by Rhia Ventures, an investment fund focused on reproductive rights.

And yet they account for a large share of U.S. employers: Out of roughly 32.6 million businesses in the United States, fewer than 21,000 have 500 or more employees, according to the Small Business & Entreprenuership Council.

TriNet was able to respond quickly to the challenges presented by the Dobbs decision because of its “deep expertise” in benefits design and “the types of products and offerings that small and medium-sized businesses need to be relevant as an employer in today’s marketplace,” Wellington said. And the company’s scaled service model enables TriNet to quickly deploy new products.

In addition to travel reimbursement for medical care, TriNet is offering its 23,000 customers the opportunity to assist employees with adoption travel expenses. TriNet will act as the plan administrator, processing claims and handling reimbursement payments, which allows employees seeking assistance to remain anonymous to their employers.

The anonymity element is critical as companies helping employees seek abortion care out-of-state could be at risk of criminal liability in Texas, Missouri and several other states seeking to target those who “aid and abet” abortion.

“From a customer perspective, they’re able to say, ‘We don’t have that data,’” Wellington said.

Derek Steer, co-founder and chief strategy officer at Mode, a data analysis software company, was one of the first customers to reach out to TriNet after the Dobbs decision. With 58 of Mode’s 250 workers in states that have already enacted or are moving toward abortion bans, Steer knew employees would want solutions.

“We’re at a time now where people expect their companies to do a lot for them,” Steer said. “At times when they feel like the government has failed them, they look to businesses.”

Google’s campus is trying the hardest, but can perks compete with WFH?

Securing anonymity needed to be a top priority if the company pursued a travel benefit, he said. But as a small company, “that is something that is logistically almost impossible for us to do,” Steer said. “Without the help of someone like TriNet, I don’t know that we’d be able to achieve the same type of program that people are looking for.”

Steer said he sees this benefit as a way to protect the health and safety of his employees by ensuring equal access to medical care. Offering attractive benefits also helps smaller companies like Mode keep up with the fierce competition for talent, he noted.

“Part of getting the best talent is about being a leading employer in terms of the benefits we offer, but it’s increasingly becoming about being an employer that is willing to take a stand on key issues that people care about,” Steer said. “This is one such instance where we can do right by our team and in doing so, be an attractive place for those folks to work, especially when their alternatives are some of these big companies with a lot of resources.”

Family started travel when son was 2