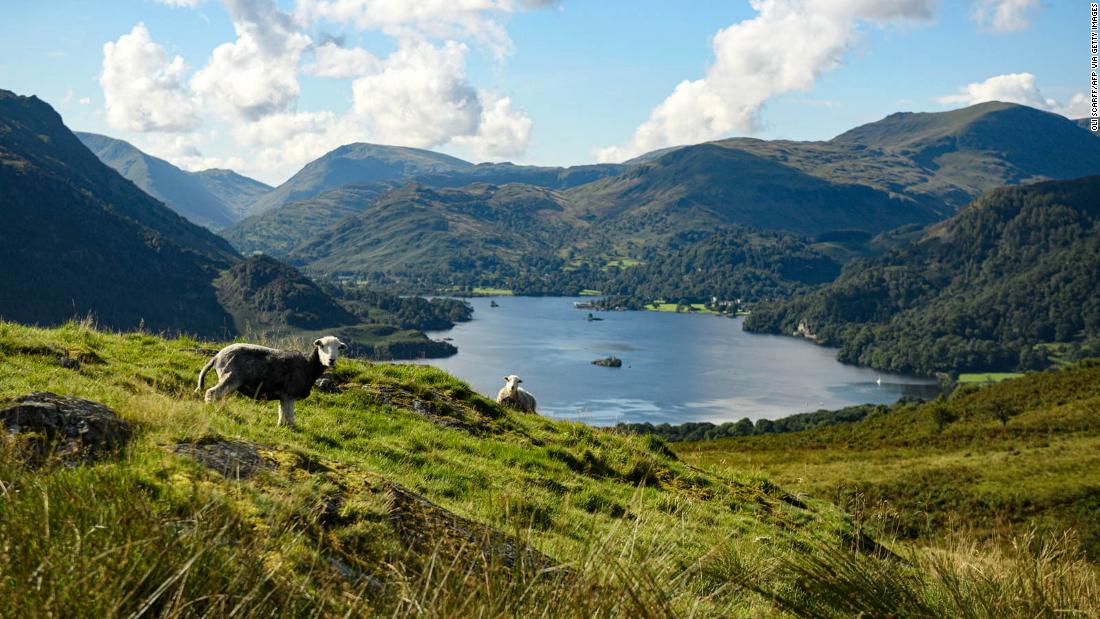 (CNN) — If you’re planning a trip to the UK, here’s what you’ll need to know and expect if you want to visit during the global coronavirus pandemic.

The UK has seen one of the highest number of deaths from Covid-19 in the world. Despite being the first country globally to start a vaccination scheme, it is still in the grip of a deadly second wave. A new variant, said to be much more infectious, has been discovered in the UK, meaning that many countries canceled air links right before Christmas 2020.

In London, the UK has one of the world’s greatest cities. But beyond the architectural marvels and nightlife of the capital, there is much to explore — the rugged peaks of the Scottish Highlands, distant Welsh lakes, and the wide sweep of Cornish beaches, for starters, plus historic towns and cities such as Bath, Oxford and Harrogate.

The UK’s four nations have each implemented different travel restrictions. England has a “travel corridor” scheme which allows visitors from countries on its list (which is updated weekly) to skip quarantine. However, the majority of countries on the list are those with low case numbers, which do not allow UK residents to visit, so flights are few and far between.

All other visitors must quarantine for 10 days on arrival.

The Welsh, Scottish and Northern Irish governments operate similar schemes, although countries on their exemption lists aren’t necessarily the same as England’s.

(The Republic of Ireland has entirely separate entrance regulations, which are enforced when crossing the land border.)

What are the restrictions?

All arrivals must complete a Passenger Locator Form before arriving in the UK. Arrivals into the UK who are not coming from a travel corridor country must quarantine for 10 days (reduced from 14 days as of December 11). This may be completed at a residential address.

A new “test to release” scheme came into force in England on December 15, allowing travelers to take a PCR test after five days’ quarantine and then go out into the community on the receipt of a negative result (although they must wait to receive the results before leaving their lodgings). Travelers to Wales, Scotland and Northern Ireland cannot take advantage of the scheme and must isolate for 10 days unless coming from a travel corridor country.

The situation in the UK remains poor. There have been over 71,000 deaths as of December 30, though it is believed the true number could be higher. After an initial UK-wide lockdown in spring, for the second wave, each country has developed its own set of criteria, which are region-specific. The UK was the world’s first country to begin a vaccination program; it is hoped that this can lessen the burden on the National Health Service. However, the announcement of a new variant of Covid-19 right before Christmas means cases in the UK are rising fast, with many hospitals already over capacity.

What can visitors expect?

Visitors to England will find the country divided into four tiers. Tier 1 is the lowest and currently only covers one area of the country — the Isles of Scilly. This allows for mixing indoors and outdoors of up to six people, sporting events with a capacity of 4,000 and pubs and bars able to trade as normal.

Tier 2 restrictions only allow for mixing between households outdoors. People are not allowed to meet other households in indoor settings, including pubs, which must stop serving alcohol at 10pm and only do so with a ‘substantial meal’. Retail is open, however and sports events can take place with 2,000 people

Tier 3 measures see pubs, restaurants and bars all closed. Mixing between households can only take place in outdoor public settings such as parks and beaches.

Tier 4, the “stay at home” tier, includes London and most of the southeast and east of the country. You must not leave your home except for essential reasons, such as shopping for food or medicine. You may exercise outside, alone, and schools remain open.

With cases continuing to spiral, there is talk of restrictions being increased.

Wales is currently under Alert Level 4. People must stay at home except for essential reasons, and cannot mix with those outside their household.

Scotland is also at level 4 (of five). It is essentially a stay at home order, with non-essential shops closed.

Northern Ireland is currently not allowing any gatherings, whether inside or outside, between 8pm and 6am. Restaurants are open for takeaway and delivery before 8pm. Even essential shops must close at 8pm.

What happens when staycations fall apart