The Daily Orange is a nonprofit newsroom that receives no funding from Syracuse University. Consider donating today to support our mission.

Four best friends are going on a road trip across the United States and Canada in a 1995 Ford B800 school bus called “Beanie” during the summer of 2021.

Syracuse University senior Gaby Phillips and alumna Skye Prentice, along with Phillips’ twin sister Halle and their close friend Matt Chazin, will document their journey on an Instagram account, 4babesandabus.
Prentice thought of the idea several years ago, and it has been something she has always wanted to do.

“Just being able to get that opportunity, especially after having been stuck at home and still in school right now,” Halle said. “It’s just a really exciting thing to look forward to it and know that I’m going to go out and see the world and spend it with my best friends.”

The Phillips twins first met Chazin as kids attending middle school in Maryland, and their friendship carried over into high school. Halle and Chazin began dating in early high school, and Gaby and Prentice began dating when they met at SU. The group spent time with each other over breaks, which transformed into the four becoming close friends. 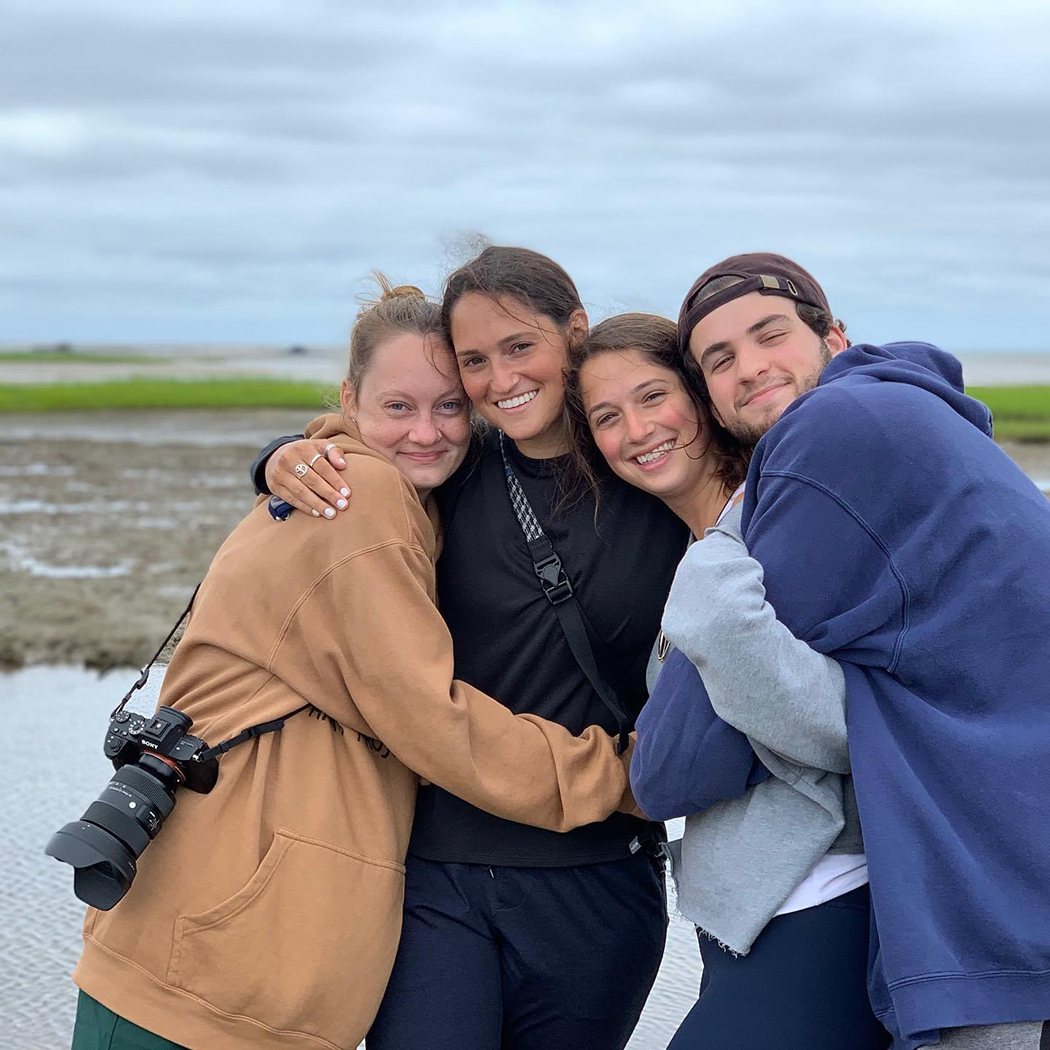 (From left) Skye Prentice, Gaby Phillips, Halle Phillips and Matt Chazin are turning a school bus into their temporary home for a cross country road trip during the summer of 2021. Courtesy of Dick Phillips

When the coronavirus pandemic spread across the country, the friends found themselves at home. So, Prentice sent the idea in their group chat about having a road trip when the pandemic ends. They all agreed.

The four did extensive research on YouTube and read different articles about road trip traveling. They also looked initially for vans but realized that a van would be too small for the four of them, so they went on the hunt for a bus instead, Halle said.

After looking for a bus online for a few months, with a few rusted candidates along the way, Gaby found their bus on Facebook Marketplace. Two weeks ago, Chazin and Prentice drove from their homes several states away to pick it up in New Jersey.

The bus is currently at Prentice’s home in Massachusetts, where Prentice and Chazin have been doing some of the work to get it ready for their trip.

“(Finding the bus) was our first challenge and then once you get the vehicle, everything inside becomes a challenge,” Chazin said. “Getting everything out is the first step.”

And that’s exactly what they’ve been doing. For the past couple of weeks, Chazin and Prentice have been working on removing the seats. They dropped the bus off at a mechanic because none of them have prior mechanical experience.

The group has also been working together on the design of the bus. Earlier this week, they each designed a potential blueprint for the interior layout as a way to see everyone’s ideas and develop a design they would all be happy with. Halle wanted the bus to be a tiny home for all of them, she said. 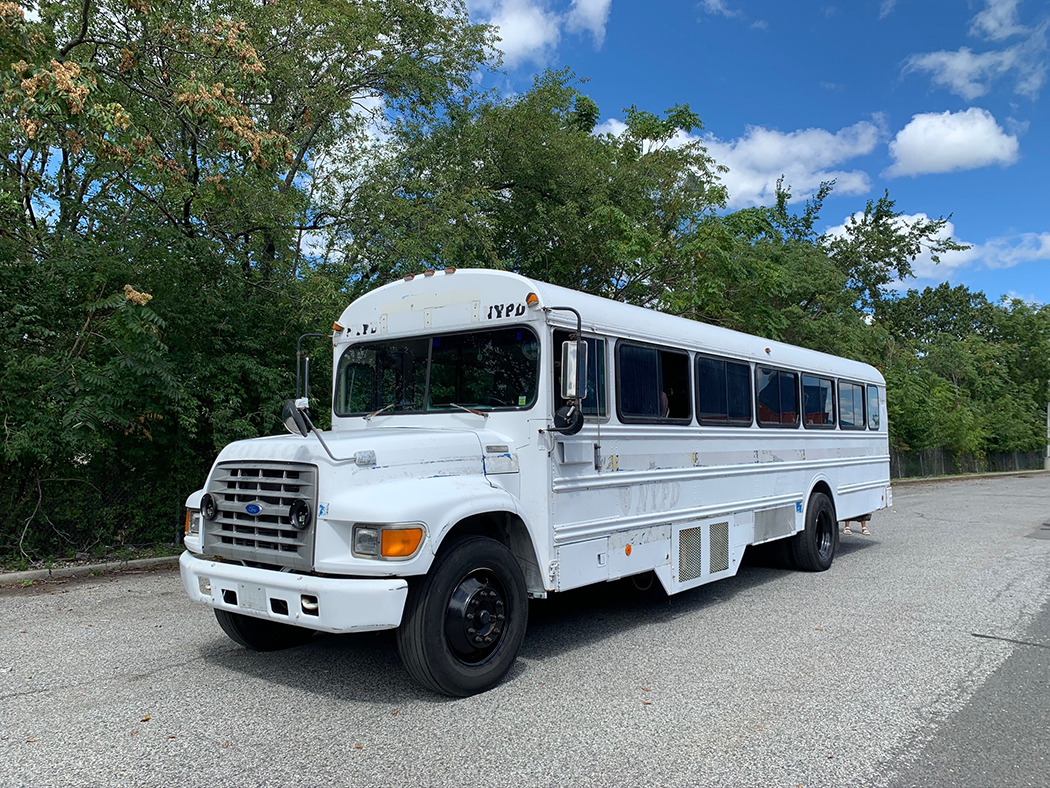 The friends named the bus “Beanie” and have an Instagram account called “4babesandabus” detailing their journey. Courtesy of Dick Phillips

In picking a name for their bus, the four friends wanted to have alliteration with the letter “B” since they call themselves “the four babes.” Eventually, they settled on a name they all enjoyed: “Beanie.”

The group has also started planning the destinations they want to visit when they make their trip next year. They are looking forward to a lot of the national parks, including Denali National Park and Preserve in Alaska or Banff National Park in Canada.

Most of all, though, they are looking forward to being able to take the trip together and sharing it with their friends and family back home through their Instagram page.

“(Earlier in quarantine it) was kind of like the world has stopped and we realized there’s no better time to travel and do things while we’re young and with our best friends,” Gaby said. “I feel like everyone kind of gets that feeling from this project.”