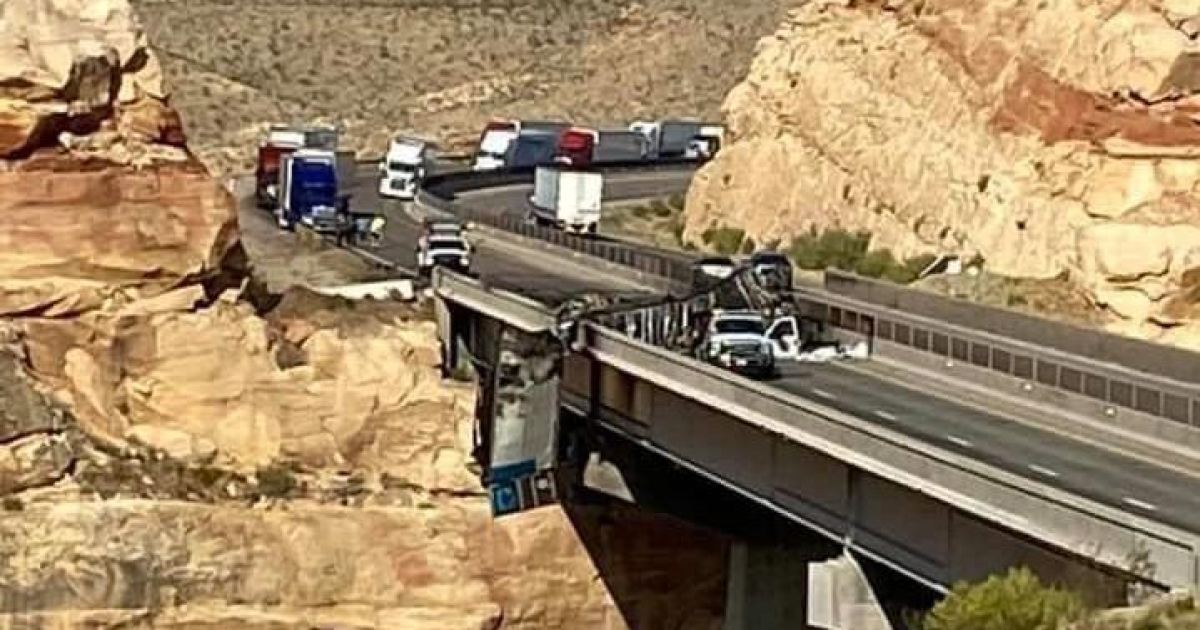 ARIZONA — A semi-truck crash resulting in an explosion and fire in Arizona early Saturday morning closed all northbound Interstate 15 lanes in the Virgin River Gorge area.

According to a report from St. George News, the driver lost control of the truck around 4 a.m. and crashed, taking out about 100 feet of guardrail on “bridge No. 7.” With part of the trailer hanging off the side of the bridge, the fuel tanks ruptured and “created a fireball,” Arizona Trooper Thomas Callister told St. George News. The driver was able to escape before the explosion.

As of 3:45 p.m. (MDT), the I-15 northbound lanes between mileposts 8-23 remained closed with no estimated time of reopening, according to the Arizona Department of Transportation.

REMINDER: I-15 northbound is CLOSED at milepost 8 due to a vehicle fire.

Expect delays if you’re in the area and delay travel if you are planning to head to that area.

There is no estimated time to reopen the northbound lanes.#aztraffic #I15 pic.twitter.com/mWODQmEYNs

Read the full report at stgeorgeutah.com.

Take a peak at our mountains quiz | Travel – The Guardian

Scared Americans desperate to travel are buying up ‘covid campers’