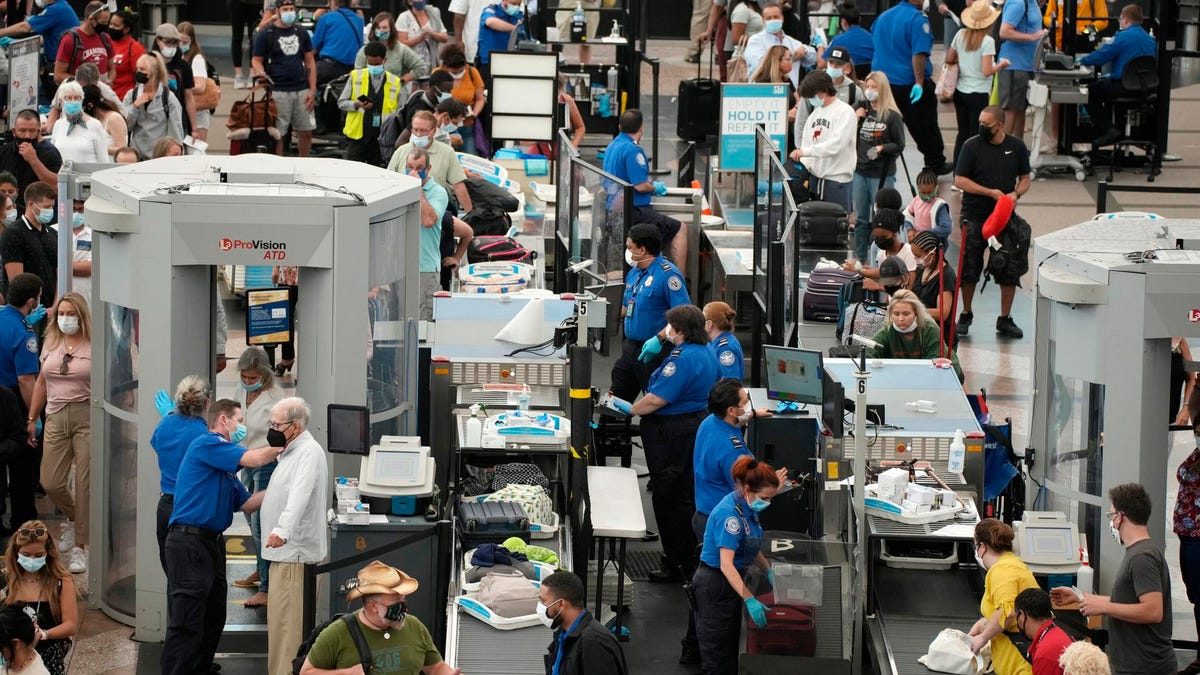 The start of summer travel season has ushered in what’s on track to be the busiest weekend for airports since the pandemic tanked travel demand last year, and while the number of airline passengers could remain well below pre-Covid levels for years to come, worker shortages, flight cuts and an influx of unruly passengers are already pointing to a very rocky recovery ahead for U.S. airlines.

The Transportation Security Administration screened nearly 4.1 million passengers Friday and Saturday, nearly four times the throughput one year earlier and marking the busiest start to a weekend since March 2020.

“We’re seeing extremely high volume at BNA this morning,” Nashville’s international airport—one of several struggling with the surge in passengers—warned travelers Sunday, asking them to arrive at least two hours before their flight during the busier-than-expected summer travel season.

The big travel weekend comes just days after American Airlines announced it would cancel nearly 1,000 flights through mid-July as a way to help ease the pressure of labor shortages across the industry (with airports and the TSA among those also facing worker shortfalls) amid increasing customer demand.

Allied Pilots Association Spokesperson Dennis Tajer told Dallas Morning News the airline “may have bitten off more than [it] could chew” with its busy summer travel schedule after laying off more than 30,000 employees last year and warning of another 13,000 possible layoffs in February.

The record-setting travel and higher airport wait times have also coincided with an unprecedented rise in unruly passengers, with a man, for example, getting into an altercation on board a flight in Los Angeles Friday and then jumping off the moving airplane.

“The first few weeks of June have brought unprecedented weather to our largest hubs, heavily impacting our operation and causing delays, canceled flights and disruptions to crew member schedules and our customers’ plans,” an American spokesperson said in a statement last week.

3,082. That’s how many unruly passenger reports the Federal Aviation Administration has fielded so far this year, with the vast majority involving customers who refuse to wear masks. Thus far, the reports have sparked 487 investigations in 2021—already more than twice the investigations initiated last year and more than any other year on record.

The TSA will restart its self-defense training for flight crew members in early July after pausing the training program due to Covid-19 restrictions. “With unruly passenger incidents on the rise, TSA remains committed to equip flight crews with another tool to keep our skies safe,” the agency said in a Thursday statement.

With the coronavirus pandemic stunting travel, shares of U.S. airliners plunged last year amid multi-billion-dollar losses across the industry. All told, an estimated 400,000 airline workers were either fired, furloughed or told they may lose their jobs due to the pandemic. “It took years, not months after 9/11 and after the Great Recession for enplanements to recover to pre-crisis levels,” Tom Kozlik, the head of municipal strategy and credit at Texas-based Hilltop Securities, said in a research note last week. “The same is likely to happen this time around,” he added, predicting air travel could take until the end of 2023 to fully recover.

What To Watch For

The coming holiday weekend is also expected to be huge for airlines. Though current travel remains about 20% below pre-pandemic levels, AAA forecasts nearly 3.5 million Americans will take to the skies this Fourth of July weekend, reaching 90% of levels before the pandemic and marking a 40% increase over last year.

Airlines Lost Over 400,00 Workers—United Airlines Announced Another 14,000 Jobs May Be Lost  (Forbes)