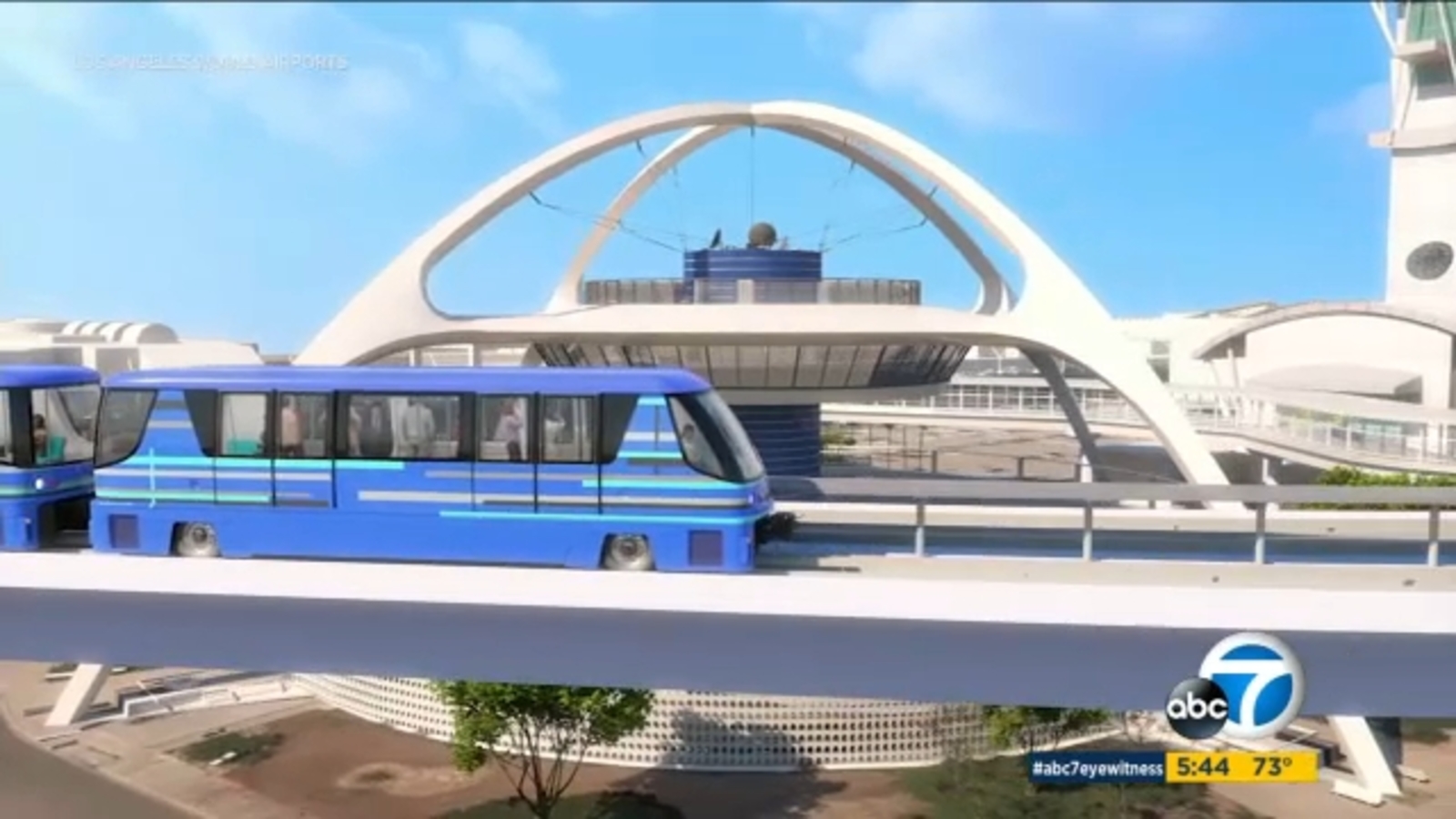 WESTCHESTER, LOS ANGELES (KABC) — The Automated People Mover (APM) train at Los Angeles International Airport is over 50%complete and on track to open in 2023. The train will connect travelers directly to airport terminals along with passenger pick-up and drop-off locations outside the central terminal area.

Airport officials think the train along with other aspects of the modernization project will have a great impact. The train will also connect with L.A. Metro’s Light Rail System and LAX’s new rental car facility which will be able to hold 18,000 cars.

“It’s the largest concrete structure in the U.S. behind only the Pentagon,” said Stephanie Sampson, the director of communications for LAWA. “But our rental car market shows that the need for this amount of rental cars will be good in the future.”

When LAX’s rental car facility opens in 2023, officials say this will eliminate rental car shuttles from the airport area which is more than 3,200 daily trips and over one million per year.

“As a major airport, having that connection to regional transportation is something that LAX has been missing and we are very excited that with our partners at Metro we will be able to provide that connection in the future,” Sampson said.

“This creates a significant number of jobs, both from construction jobs, but then also from ongoing maintenance and operational jobs after these facilities are all completed,” Erbacci said.

The entire train guideway is 2.75 miles in length and is about 75% complete. LAX officials said the People Mover train will make traveling here much easier and more efficient.

“We believe that we are going to be making Los Angeles International Airport, one of the best airports in the world, and a place that customers will look forward to coming instead of dreading to come,” Erbacci said.

You May Soon Need a COVID Vaccine To Travel, Officials Say