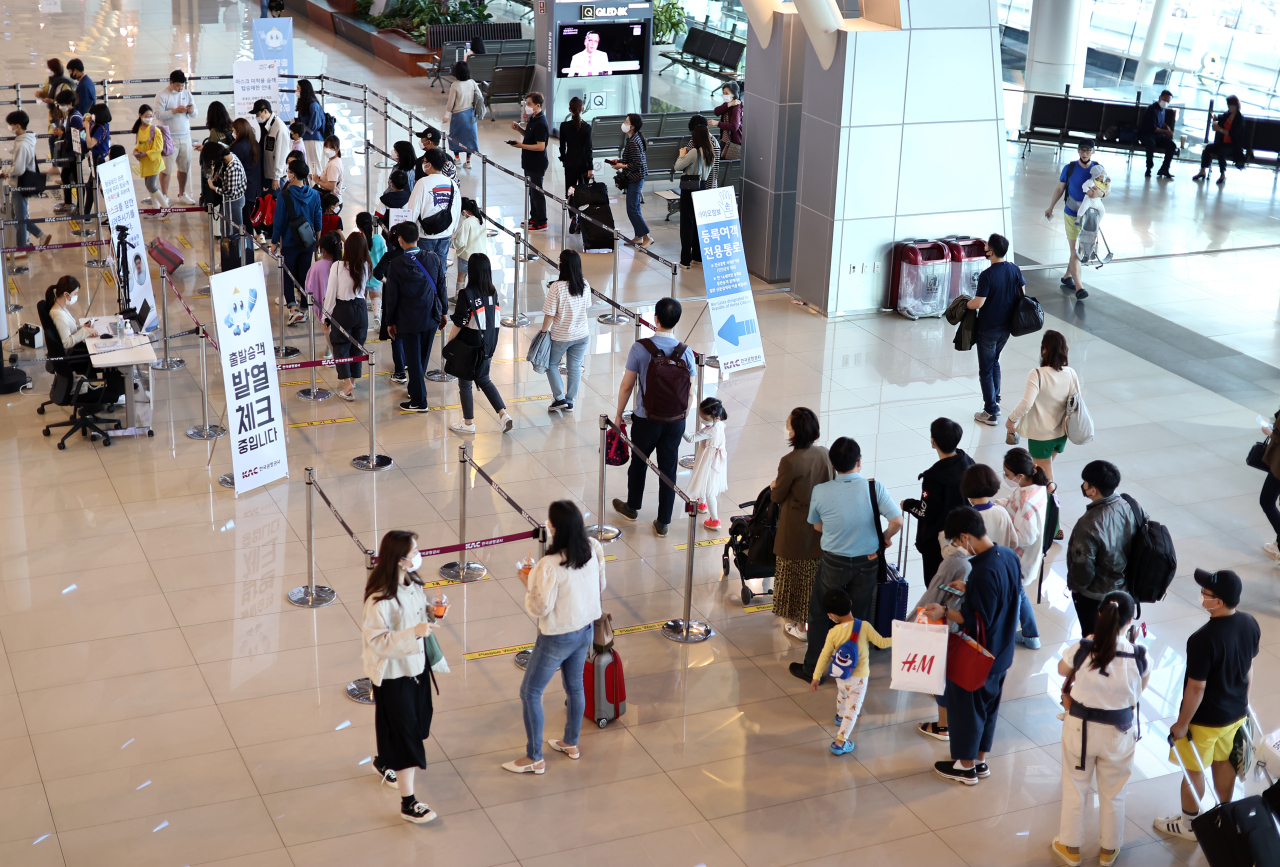 Nearly 1 million people are expected to travel by air during the Chuseok fall harvest holiday despite the government’s advisory asking people to remain at home to help contain the spread of COVID-19, transportation authorities said Monday.

The Korea Airports Corp. (KAC) estimated that some 963,000 people will use domestic airports, excluding Incheon International Airport, during this year’s extended Chuseok holiday, which starts Wednesday and ends Sunday.

The figure represents a 25 percent drop from last year’s tally of 1.29 million. But the projection is by no means considered low and comes as a concern, as state health authorities remain in a hard battle against a new wave of local transmissions that broke out in mid-August.

The projected drop in the rate of airport usage is also smaller than March and April figures, when the country went through its first wave of mass outbreaks centered around Daegu. During the two months, the rate of air travel plummeted more than 50 percent on-year to 285,400 and 251,700, respectively.

The government has designated Monday to Oct. 11 as a special period for strengthened virus curbs. Health authorities have been urging people to stay home over the holidays, but to better contain local transmissions, they have unveiled more tailored guidelines under the Level 2 distancing in the country’s three-tier social distancing scheme.

Airports also remain on heightened alert as the facilities may end up serving as conduits for new local transmissions.

“Strict measures are needed during holidays more than ever. We ask travelers to maintain personal hygiene and follow disease control guidelines to prevent transmissions,” a representative at Seoul’s Gimpo International Airport said.

The country added 50 more COVID-19 cases Monday, including 40 local infections, bringing the total caseload to 23,661. The daily new cases are the lowest in 48 days when 34 cases were reported on Aug. 11. (Yonhap)

App, App And Away For PYMNTS’ Latest Provider Ranking Of Travel Apps

California could lose $2 billion as travelers opt for neighboring states