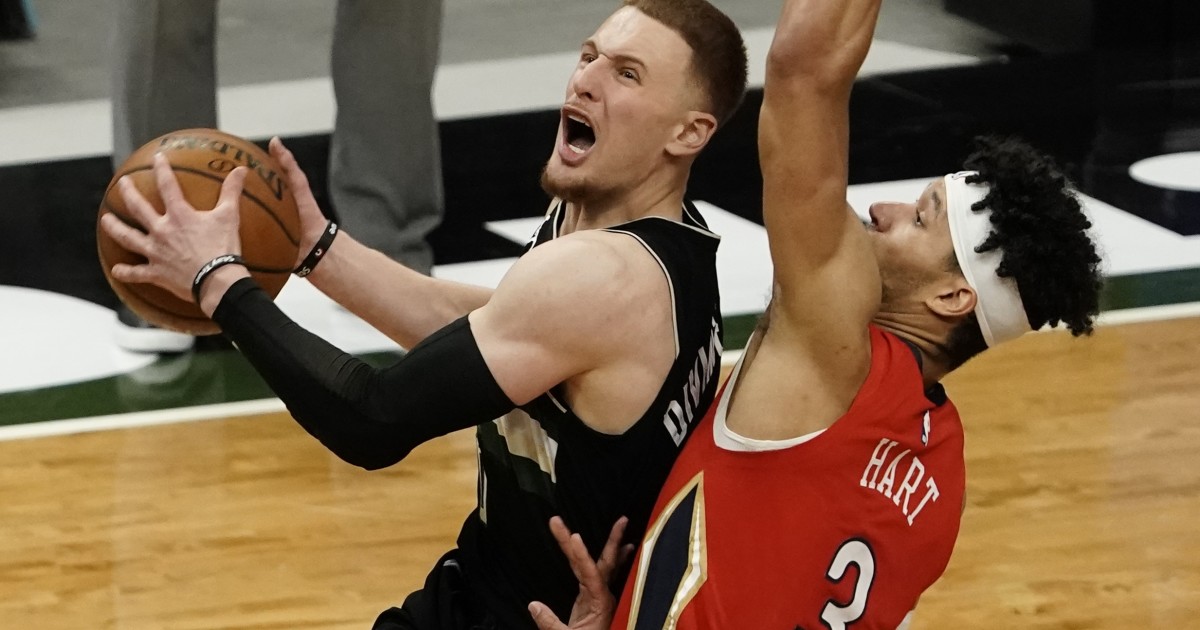 When the Miami Heat gave up an NBA-record 29 3-pointers in a 47-point home loss to Milwaukee earlier this season, they didn’t need to wait long for a chance to gain revenge.

The teams met the next night on the same floor, with the Heat beating the Bucks 119-108.

This quick two-game series was part of a scheduling change in the NBA that has teams periodically playing consecutive games against the same opponent in the same location to reduce travel amid a pandemic.

“I think it’s cool,” Bucks guard Donte DiVincenzo said. “It’s a little taste of what the playoffs will be like. I think it’s good or us. If you make mistakes in the first game, what can you do right to try to beat the same exact team the next day?”

Some players and coaches sat they wouldn’t mind seeing this arrangement continue in future seasons, even after the pandemic is under control.

Phoenix Suns coach Monty Williams likes the reduced travel that has come with playing two straight games against the same opponent in the same arena, though he otherwise doesn’t have a preference over whether these continued beyond this season.

“Being able to go back to the hotel that night or go home and get ready for another game is appealing to me,” Williams said. “Anytime we can cut down on travel, that’s a plus and bonus for all involved.”

But the argument that comes up the most often is how it prepares a team for the playoff grind.

A team can figure out what tactics didn’t work against a specific opponent and what strategies might work better. It’s the same thing teams will be doing in the postseason when they face the same opponent at least four straight times.

“So far this season, it’s been exciting,” Memphis Grizzlies coach Taylor Jenkins said. “It kind of allows you to go look at the film, see what you can do better as a team, or sometimes maybe there’s something opponent-specific. It’s definitely different than your normal NBA schedule.”

Backers and opponents of these mini-series both say it’s hard to beat the same opponent two straight times in such a short time span, though it’s too early to tell whether the numbers back that up.

Through the All-Star break, 29 of the 56 times this season that a team has played two consecutive games against the same opponent, it has resulted in splits rather than sweeps. That includes home-and-home setups such as the Heat-Knicks series that started Feb. 7 in New York and continued in Miami two days later. In two-game series where each matchup has the same home team, there have been 28 splits and 24 sweeps.

Playing the same opponent on back-to-back nights or twice in a span of three nights does have its drawbacks. Boston Celtics guard Jaylen Brown said he doesn’t have an opinion on whether this type of scheduling should continue beyond this season but noted how it could impact playoff seeding.

“If you play a team that’s in your conference twice or in your division twice (in a row), and you had an important player out for both games, obviously that could switch out things toward the end of the season,” Brown said.

Obviously, a star player would be less likely to miss both matchups with a key division or conference opponent if those games were more spread out.

There’s another factor that could make these consecutive matchups at the same site less likely to take place once teams are playing in front of big crowds again.

Fans may not want to see the same teams on Thursday that they just watched on Tuesday or Wednesday. Baseball fans might be accustomed to watching three- or four-game series involving the same teams, but basketball fans aren’t used to it.

“I think if you’re a season-ticket holder, you don’t really want to see the same team two times in a row,” Golden State Warriors coach Steve Kerr said. “I think we should absolutely factor in the fans when we make this decision going forward. I think if you’re a season-ticket holder, you’d probably rather see a (road) team at different stages of the season.”