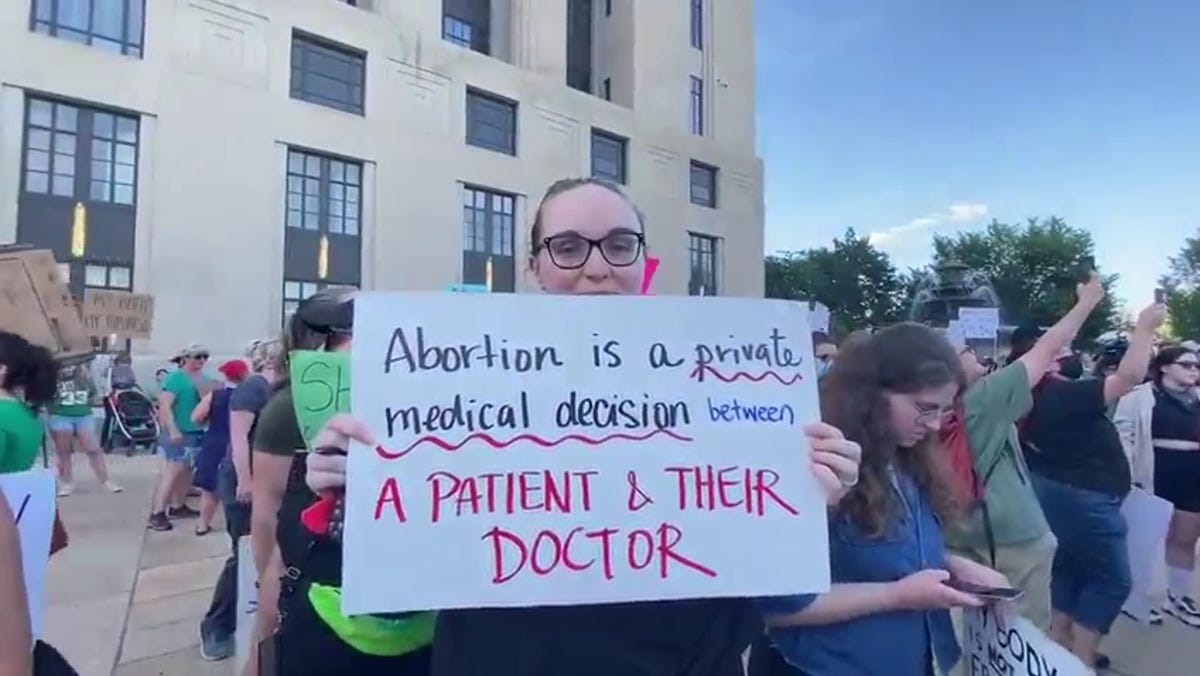 Nashville elected officials are pushing to extend health coverage to Metro employees who need to travel out of state for medical procedures.

The effort comes as the state has implemented a ban on abortions at six weeks and is likely to ban the medical procedure almost entirely by mid-August through a trigger law.

That coverage would include reimbursement for transportation, accommodations and related costs for medical procedures unavailable in Tennessee.

Allen, Porterfield and Evans will file a related resolution for Metro Council to consider that will ask the benefit board to assess the current availability of benefits for treatment unavailable in Tennessee. In the event that current benefits don’t cover such travel costs, the resolution will ask the board to extend coverage.

Related: Nashville officials ‘explore every tool at our disposal’ to push back against abortion bans

Watch this: Demonstrators march through Nashville for abortion rights after SCOTUS decision

“While our options to protect the right to choose in Nashville are limited by current law, we must do everything we can to continue providing access to health care and safe, affordable care for those who need it,” Cooper said in a statement.

Several companies have announced similar policies since the Supreme Court’s ruling. Amazon, Citigroup, Salesforce, Tesla and Dick’s Sporting Goods are among those that announced they would cover travel expenses incurred by employees who don’t have access to safe procedures in their home state.

“I hope today’s announcement will serve as inspiration for other local leaders across the state to follow suit and fight back against the outrageous injustice imposed on millions of women across Tennessee,” Hunt said.

The city is “carefully reviewing how this ruling may impact employee benefits” for Metro employees and MNPS non-certificated employees who participate in Metro’s benefit plans, Metro Human Resources stated in an email to The Tennessean Thursday morning.

“A week ago, every woman in the Metropolitan Government enjoyed medical benefits that guaranteed access to safe and legal abortion services whenever medically necessary,” Evans said. “No one ever wants to endure an agonizing choice, but knowing there was access to reproductive health care was of enormous comfort to women everywhere…. If the Council can provide alternatives for thousands of Metro Government employees who no longer have that choice, we should do just that.”

Cassandra Stephenson covers Metro government for The Tennessean. Reach her at ckstephenson@tennessean.com. Follow Cassandra on Twitter at @CStephenson731.

How You Can Help Feed Your Neighbors This Winter

Poll: Are you cutting back on travel because of higher gas prices? – Today’s News-Herald