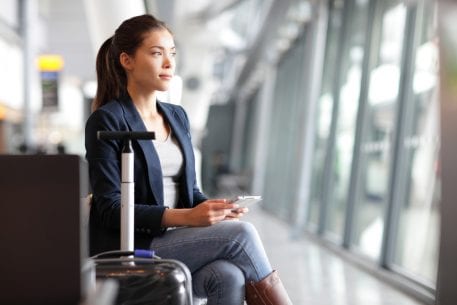 The latest forecast from the International Air Transport Association (IATA) has airlines grappling with reduced demand until at least 2024 – and that’s the best-case scenario.

Earlier forecasts from the industry organization, which is citing the data in calling for increased government assistance, estimated a recovery by 2023.

For the current year, IATA’s forecasters see a decline in revenue passenger kilometers of 55 percent compared with 2019.

Historical data for May and June disseminated by the IATA shows just how stark the situation has been for airlines during the worst months of COVID-19 so far. June 2020 traffic was off 86.5 percent compared with a year ago. May 2020 traffic was even worse, off 91 percent.

Forecasters attributed their gloomier forecast to continued spread of the virus in the U.S. and developing countries, big cuts in corporate travel (attributable in part to the rising popularity of video-conferencing services) and cautious budgeting by leisure travelers.

“Passenger traffic hit bottom in April, but the strength of the upturn has been very weak,” Alexandre de Juniac, IATA’s director general and CEO, said in prepared remarks accompanying the new data. “What improvement we have seen has been domestic flying. International markets remain largely closed. Consumer confidence is depressed and not helped by the U.K.’s weekend decision to impose a blanket quarantine on all travelers returning from Spain. And in many parts of the world, infections are still rising. All of this points to a longer recovery period and more pain for the industry and the global economy.”

June’s year-over-year drop in demand was particularly acute in regions that generate much of the world’s passenger air travel. International travel was off 97.2 percent in North America and 96.7 percent in Europe.

Staying home 24/7 has consumers turning to subscription services for both entertainment and their day-to-day needs. While that’s a great opportunity for providers, it also presents a challenge — 27.4 million consumers are looking to cancel their subscriptions because of friction and cost concerns. In the latest Subscription Commerce Conversion Index, PYMNTS reveals the five key features that can help companies keep subscribers loyal despite today’s challenging economic times.

Misery for Christmas holidays as Canaries stripped of travel corridor