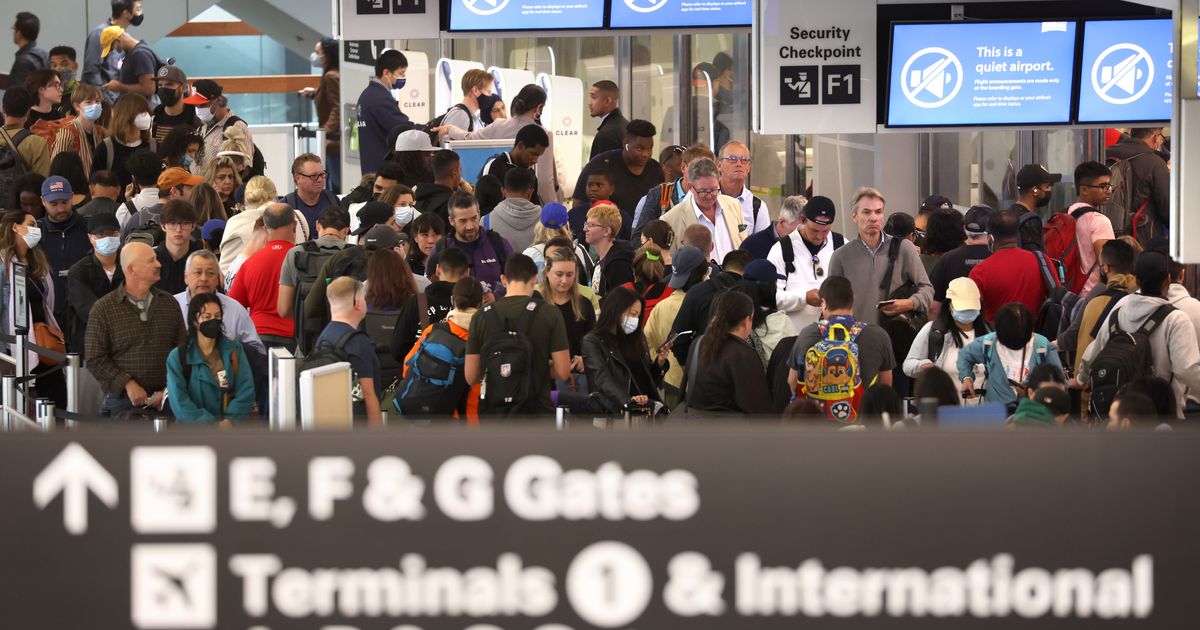 Flight delays and cancellations continue to plague the busiest July 4 travel weekend since before the pandemic. Ongoing airline-industry staffing shortages had already contributed to higher-than-average cancellation rates at nearly every major U.S. airline this year — an industry-wide annual rate of 2.8 percent (or 116,000 flights), compared with 2.1 percent in 2019. According to FlightAware data, 20 percent of U.S. flights this year have been behind schedule, compared with 17 percent in 2019. This has already led to weekend after weekend of frustration and derailed plans for American travelers, particularly now that summer travel has been picking up steam. And airlines have cancelled four times as many flights on holiday weekends this year as they had in 2019. Bad weather in the northeast threw a wrench in the gears on Friday, as well.

The TSA said it screened more than 2.49 million passengers on Friday, which is about 310,000 more passengers than it screened on the same day in 2019. All told, the American Automobile Association estimates that 47.9 million Americans will travel this weekend, which would be 4 percent more than the same weekend last year. Forty-two million will travel by road, AAA estimates, despite near-record gas prices throughout the country.

For those who braved increasingly unreliable air routes, CNN reports that over 7,800 flights were delayed on Friday, including a quarter of Delta’s flights, roughly a third of American Airlines, Southwest, and United’s flights, and nearly half of JetBlue’s flights. Through midday Saturday, more than 1,100 flights had been canceled. More than 3,000 flights were delayed on Saturday, primarily in New York City–area airports.

Airlines are facing widespread public, regulatory, and political scrutiny over the reliability problems. And as CBS News reports, “airlines are blaming the Federal Aviation Administration for delays, the FAA claims the airlines are flying schedules they can’t physically support, pilots are blaming the airlines for increased workloads and flying hours they claim could be a safety issue, passenger complaints against airlines are up 300 percent over 2019, and the U.S. Department of Transportation is contemplating emergency rulemaking options.” A circular firing squad, in other words.

Some airlines attempted to lighten the load of passengers expected over the holiday weekend. Delta, which had already cut 100 daily flights from its summer schedule, offered passengers who were scheduled to travel between July 1 and July 4 free flight changes if they shifted their travel to other dates. Last week in Grand Rapids, Michigan, the airline reportedly even offered as much as $10,000 to any passenger who was willing to sacrifice their seat on an oversold flight to Minnesota (eight self-bumped people were apparently able to cash in, though the airline has yet to confirm the reports).

It’s a true story. I was on that flight! Unfortunately, I could not take advance the offer, as I was flying with my wife who has very limited eyesight. She has to have me nearby when traveling

Even Transportation Secretary Pete Buttigieg had trouble traveling by air on Friday, and later used the experience to publicize that airline passengers are legally entitled to cash refunds when their flights are canceled:

For example, my connecting flight got canceled last night. At first, the airline offered 2500 miles, which I estimate is worth about 30 bucks.

But I claimed the refund for the canceled portion instead, and it worked out to be $112.07.

Flight delays do not entitle passengers to compensation, however. (NPR has more on what passengers’ options are here.)

Meanwhile, a technical snafu at American Airlines may yet add to the overall mess. American’s pilot’s union, which is currently in contentious contract negotiations with the airline, said Saturday that an overnight computer glitch incorrectly allowed pilots to “drop” thousands of flights this month, leaving over 12,000 July flights without a captain, first officer, or both, CNBC reports. American has not yet said how many flights it may need to cancel because of the issue. When something similar happened in 2017, the airline ended up offering 150 percent pay for pilots to pick up flights.

In addition to Delta, JetBlue, Southwest, Spirit, and United have also cut back their summer schedules. And U.S. airlines aren’t the only ones struggling to handle fliers — air travel in Europe has been an ongoing mess, too.

Daily news about the politics, business, and technology shaping our world.

By submitting your email, you agree to our Terms and Privacy Notice and to receive email correspondence from us.