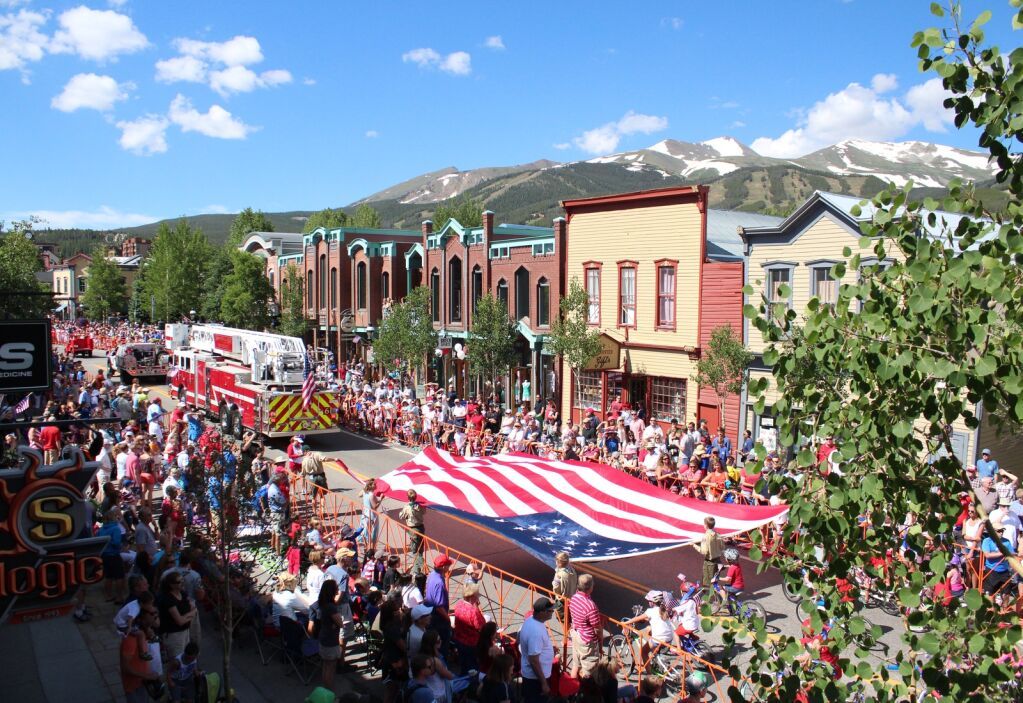 As Breckenridge continues through a busy week of spring break travelers, experts are expecting that excitement toward travel will continue throughout the spring and into the summer.

“We are running for February, March and the winter as a whole — roughly — at 17% over last (year’s lodging bookings), which was a down year,” Breckenridge Tourism Office President Lucy Kay told Breckenridge Town Council Tuesday, March 8. “We’re pretty much flat to the winter of (2019-2020), which was the last normal winter.”

“We’re at about 90% or most of those days, which is normal,” Kay added. “April is running way ahead of last year because of where Easter falls and with the long extended season for summer. Summer bookings are looking good. We don’t have the full season on the books yet, but groups are coming back.”

According to the latest data from Destination Analysts, a tourism data research firm, 74% of over 1,200 respondents from across the United States said that they would be “excited” if a good friend were to invite them on a weekend getaway.

In the most recent presentation of findings regarding COVID-19’s impact on American travel, David Bratton, founder and managing director of Destination Analysts, said that travelers that were surveyed were looking to travel in 2022. However, COVID-19 concerns were still prevalent.

“Our top finding this week is that excitement to travel is really high,” Bratton said. “Many of our tracking metrics are reaching records or nearing records that we saw last summer, but personal health concerns are still a significant issue. With all of the fun we’re having out there, don’t think that travelers aren’t concerned about the virus.”

The newest survey also showed that 56.6% of respondents showed some sort of concern toward current coronavirus trends and catching the virus themselves. The highest percentage of survey takers — 18.9% — said their concerns were at a 5 on a scale of 1-10. Despite concerns, a majority of travelers that were surveyed by Destination Analysts said they believed that the severity of the COVID-19 pandemic will improve over the next month. Results showed that 40% said they believe it will neither worsen nor get better, and almost 70% said it was important or very important to them that their travel destinations are continuing to maintain COVID-19 safety protocols and practices.

Kay said that Denver is now the third-most popular airport in the world, mainly due to domestic travelers, which could boost tourism in Summit County, as well.

“Half of (travelers) are saying they’re not going to travel internationally outbound because of what’s happening (in Europe regarding conflict in Ukraine), so that is good for the domestic market,” Kay said. “Interestingly, 70% of them still want to see COVID protocols in place, which is surprising. I thought that was really high.”

Looking toward the summer, she added that higher gas prices will impact travelers in the coming months. In recent days, gas prices in Colorado are nearing and surpassing $4 per gallon. With changes in inflation and future capital projects that will happen in the summer, Kay said that the tourism office’s summer plan is currently fluid.

In February, council met and discussed increased traffic and parking concerns that happened during the 2022 International Snow Sculpture Championships. Over 14,000 people signed up for the event in advance and town officials said 93,627 vehicles drove through Breckenridge during the week.

“​​Given all the changes, what the (tourism office) is doing right now is we’re going in (and) we’re reconvening our marketing committee, and then at our board meeting later this month, we’re really reevaluating our summer plan,” Kay said. “On the management side, in light of conversation in the last council meeting — taking into account what’s going to happen with construction and traffic, and thinking about how we tweak our messaging a little more — (we’re making) sure we get the pre-arrival stuff and that the lodge is on board to work with us on that piece. Now with everything that’s happening in Europe, we’re really looking at what’s going to help with marketing.”

If you’re planning to travel to Mexico, here’s what you’ll need to know and expect – The Yucatan Times

Hurricanes Heading for the Islands — Vax Before Travel