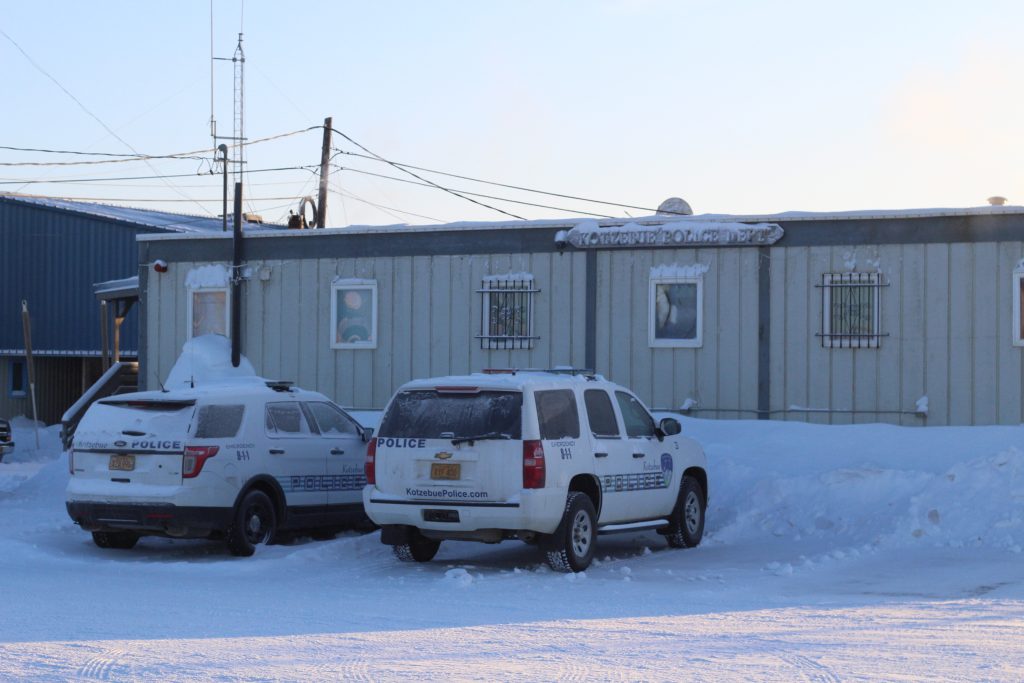 As the coronavirus creates health and travel concerns across the state, public safety is at the front of many Alaskans’ minds. In Kotzebue, however, they’ve actually seen a small boost in local law enforcement.

Kotzebue police work a little differently than in bigger cities in Alaska. For starters, most of them aren’t residents of the city, or even the state.

Get the latest updates on the coronavirus in Alaska

“They come to Kotzebue, work there two weeks,” said Kotzebue Police Chief Thomas Milliette, who lives in Kotzebue full-time. “And then they are off for two weeks, and they fly back to whatever state they’re from.”

Most of the officers in Kotzebue work a two week on, two week off schedule — something most Alaskans associate with oil and mining workers. Milliette says it’s been difficult to hire local police in a small town of around 3,000 people. They view the shift schedule as an incentive to recruit new hires.

With the outbreak of the coronavirus, travel has been restricted heavily. While one would think that would cause issues for the Kotzebue police who travel regularly to the village, Milliette says the opposite happened.

“We actually just reached out to them and asked them if they’d be willing to come to Kotzebue and stay here and weather the storm with us, and not travel back home,” Milliette said.

And they did. Milliette says the department currently has four officers in a mandatory 14-day quarantine, in keeping with the state health mandate.

“But when that’s done, and of course they’re still healthy, they’ll come to work and they will work here in Kotzebue until things get better for us,” Milliette said.

Milliette says that the department will have eight officers total, plus the additional correctional staff. Currently, there are two officers working at night, with one in the day. Milliette hopes that that will change with the additional officers.

“What I foresee is to continue to have two officers on at night, an officer working swing shift, and an officer on during the day,” Milliette said. “It’ll be a great benefit because we won’t have to respond to calls like what we’ve had to do for a really long time.”

Milliette says that he’s heard concerns from community members in the past about having a police force that operates in swing shift. The main concern is that officers don’t have an opportunity to become invested in the community since their off-time is spent elsewhere. While Milliette understands the concern, he maintains that even though these officers live elsewhere, they’re still committed to keeping Kotzebue safe.

“They were willing to leave their family members back in the Lower 48, some of which could be laid off. They have a hard time getting groceries back home,” Milliette said. “But our guys were still willing to come to Kotzebue and help our community out and stay here.”

Milliette says, pending any personal emergencies, the officers plan on staying in Kotzebue full-time for as long as they can.