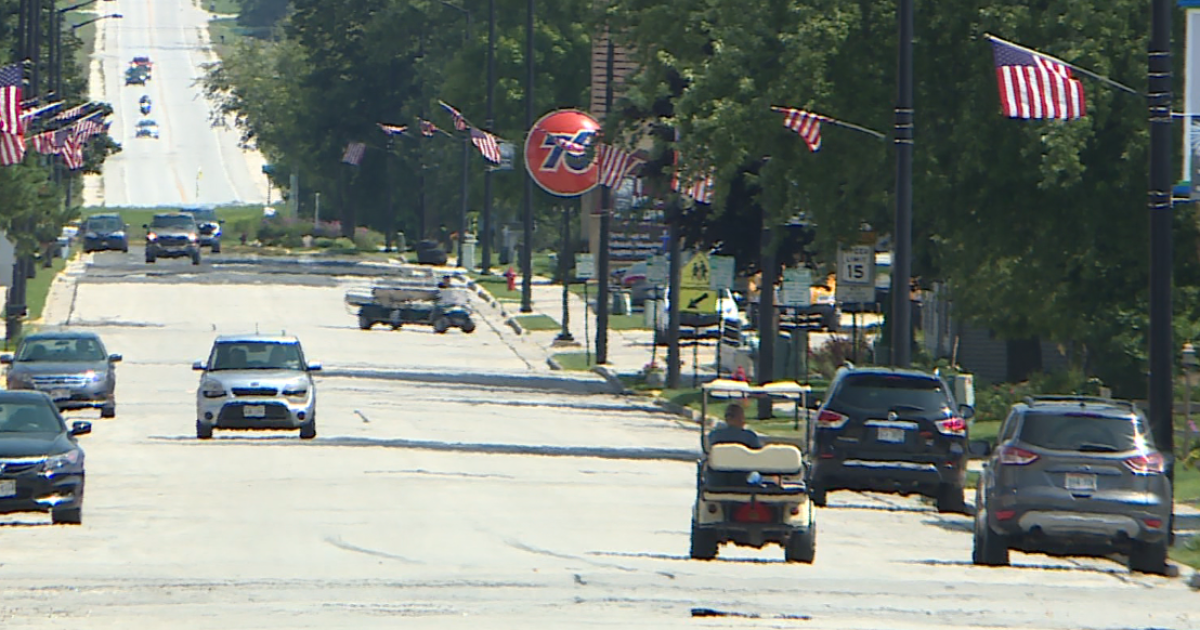 VILLAGE OF REEDSVILLE, Wis. (NBC 26) — Early next week the Village of Suamico is asking residents to vote on whether to allow ATVs and UTVs on most of their streets. It’s a move many communities have embraced in northeast Wisconsin in recent years, including the Village of Reedsville.

Golf carts are all the rage in the village of Reedsville, and few are happier about the public’s support for this mode of travel than the folks at Jim’s Golf Cars.

“Since the ordinance passed a lot of people have boughten golf carts,” says James Kiesow a salesman at Jim’s Golf Cars.

Kiesow has worked in the golf cart business for 15 years now and since the village’s board approved of golf carts taking to the streets, about 130 people annually have signed up for a permit.

“It goes anywhere from younger people that want them to go to local establishments to elderly people that don’t have a car anymore, that just need to get to church or the post office.”

To legally drive one of the golf carts in town residents have to have a driver’s license, proof of insurance and a permit issued from the village. Jesse Walt the village’s president says it’s one of the perks of living in town.

“You’ll see them driving around town, everybody is waiving and talking. It’s a good way to get out and communicate with people,” says Walt.

And with a population of just over 1-thousand people in Reedsville, most who drive a golf cart around for tasks or just fun, rarely have to worry about the golf carts contributing to any type of congestion on the streets.

“I think people get a little skeptical about, you know, the traffic and golf carts and slow-moving vehicles. But it’s not an issue for us, it’s well embraced,” adds Walt.

But likely the biggest draw for those who own one of the golf carts in town is the fact that you can basically leave your car in the garage for the summer if you’re not going far, or fast.

“I personally only put in a tank of fuel in the summer. I’ve heard people go two to three tanks, but they use it every day and they got grandkids running to ballgames and stuff like that,” adds Kiesow who also runs around in a cart for convenience.

The Village of Suamico anticipates mailing out ballots to residents early next week to ask them whether their community of about 12-thousand residents is ready to embrace the ATVs and UTVs traveling on some of their slower-moving roads.

The Long View This Week – Skift