Though Israel and Saudi Arabia have not remotely normalized ties, and Saudi Arabia emphatically joined the widespread condemnation in the Arab world on Tuesday against National Security Minister Itamar Ben Gvir’s visit to the Temple Mount, reports of Israeli businessmen working and convening in Riyadh have nonetheless been on the increase of late.

Joseph Fischer’s experience is a case in point.

In early December, one of the world’s most prestigious travel and tourism conferences, the World Travel and Tourism Council (WTTC) global summit, was held in the Saudi capital. Among the 5,000 participants was Israeli tourism specialist Fischer.

While in Saudi Arabia, Fischer neither disguised his nationality nor confined himself to the convention premises. On the contrary, he toured around and chatted with the locals. And while he entered the country on a non-Israeli passport, its identity page clearly stated: “Born in Tel Aviv.”

Even in the absence of formal ties between the Saudi kingdom and the Jewish state, in the years following the September 2020 signing of the Abraham Accords, incremental small changes have taken place. Israeli commercial aircraft have begun to fly through Saudi skies en route to Bahrain, the United Arab Emirates and India; a dozen Israeli business executives have publicly visited the country; a Jewish American businessman embarked on a road trip from Dubai to Jerusalem via Riyadh; and a number of Israeli journalists were permitted to enter the country and document their visits.

And in another small step, Fischer joined the Riyadh WTTC summit — after contacting organizers via 4Hoteliers, a Hong Kong-based English website through which he advertises, to ensure in advance that there wouldn’t be a problem with his participation. (He was assured there would not.)

“There is a massive construction of tourism infrastructure on a scale that the world has not seen in decades,” Fischer reported in a recent interview with The Times of Israel. “The Saudis are planning projects on a huge scale — sizable, costly and ostentatious.” 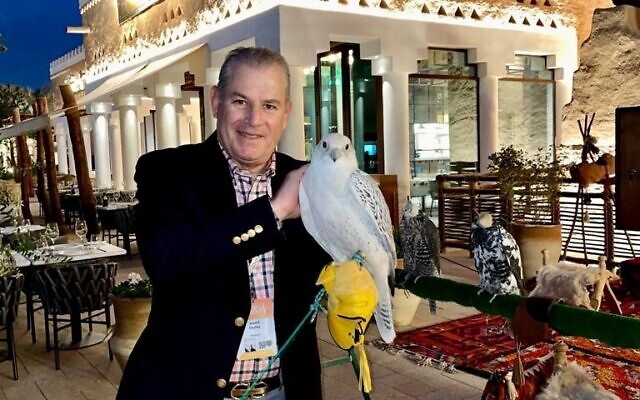 Saudi Arabia ranks 14th in the world in geographical area, and is home to 35 million citizens. According to estimates, in the coming years the country will invest $6 trillion in tourism.

“They are talking about the construction of a ski resort in the desert that will cost hundreds of millions of dollars. They’re building hotels, attractions, new roads, and the huge Red Sea Project — an entire district that will be dedicated to tourism that is separate from the state, and will extend from Aqaba in the north to the southern end of the Red Sea,” says Fischer.

However, Saudi Arabia was until recently notoriously difficult for tourists of all nationalities to enter. Muslims were allowed in for the Hajj pilgrimage and other religious purposes, but it wasn’t until 2019 that the country began issuing tourist visas for the first time in its history. 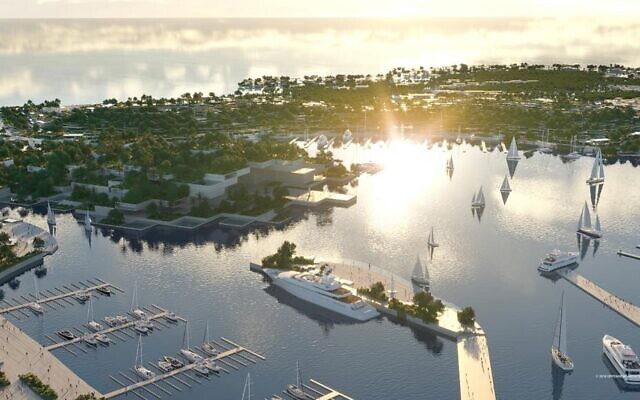 The timing is no coincidence. In 2016, the country’s de facto ruler, Crown Prince Mohammed bin Salman (often referred to by his initials, MBS) announced a new program for the country, dubbed Saudi Vision 2030, that includes ambitious goals for quickly growing the tourism sector. For years, Saudi Arabia has sought to reduce its dependence on crude oil exports and so, according to the plan, within a decade, tourism will account for 10 percent of the kingdom’s gross domestic product and provide jobs for at least 1 million people.

In order to reach its goal of bringing in 100 million tourists by the year 2030, the country is making entry easier with digitally obtained visas. It has also launched a bevy of ambitious new projects including massive airports, new cities, beaches, national parks, amusement centers and, of course, lots of hotels — though some of these projects were put on hold due to COVID-19. But not anymore. 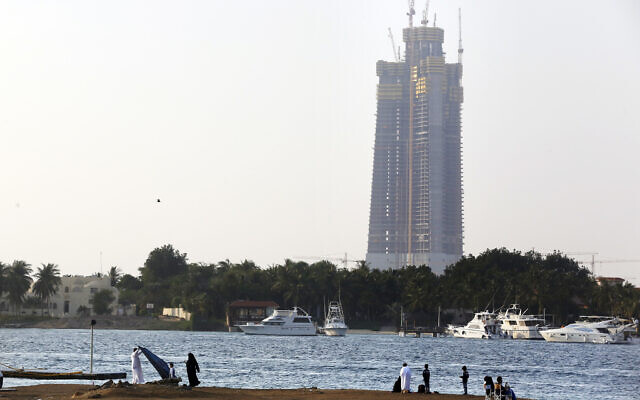 Saudi vacationers enjoy the weather in front of the under-construction project of Jeddah Tower, which is expected to become the world’s tallest building, at Red Sea resort of Obhur, in Jeddah, Saudi Arabia, October 26, 2018. (AP Photo/Amr Nabil)

The Red Sea project alone covers 10,800 square miles of islands, beaches, deserts and mountains. It will include about 3,000 hotel rooms, its own airport, marinas, and a commercial district. The kingdom expects this destination alone to attract 1 million tourists a year.

A week in Riyadh

“The scope of these projects is the reason why the WTTC met in Riyadh this year,” says Fischer. “I stayed there for a whole week. We went to large construction sites on the outskirts of Riyadh and to one of the attractions, Diriyah, which was the original home of the Saudi royal family — a site recognized by UNESCO, built of mud-brick structures. The Saudis are planning for this site to host millions of visitors each year as a ‘living museum’ where tourists will walk around the remains of the old city, visit museums, cafes, shops and other attractions.” 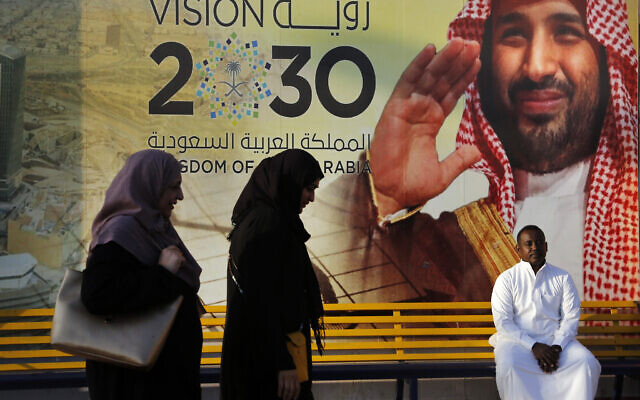 But the kingdom’s massive push to expand its tourist industry is receiving its share of criticism — including accusations of human rights violations.

While residents of Riyadh may not legally be evicted to accommodate expanding tourist sites, international media has reported that in the country’s second-largest city of Jeddah, poor residents and immigrants were removed from their homes with just 24 hours’ notice to make way for hotels and entertainment spots. Amnesty International has revealed satellite photos that show the elimination of approximately 66 residential neighborhoods, in what the organization said was a violation of human rights.

The Times of Israel spoke with Fischer via telephone shortly after he returned from his trip to the Saudi kingdom. The following interview has been translated from the original Hebrew and edited for clarity. 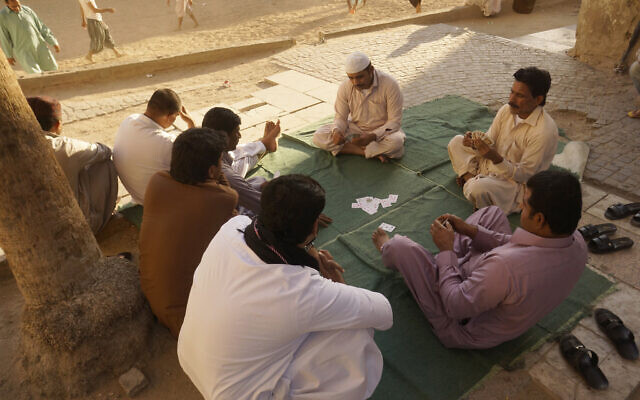 The Times of Israel: There are some reports about the Saudis evicting local residents from their homes to build these large-scale tourism projects.

Joseph Fischer: As they told us during the conference: “There is one thing we have: an excess of empty lands. We don’t need to deport anyone.” Diriyah is a restoration project of the ruins in the area.

While you were in Riyadh, what did you see? This is a country where alcohol is prohibited and where women don’t hold equal status. How will they succeed in becoming a major tourist attraction?

I can tell you that I saw women driving alone. I saw women walking around the shops alone. I talked to women on the bus while traveling to their destination. They were open and talked about the economy and tourism. They wore hijabs covering their hair and neck, leaving their faces visible. 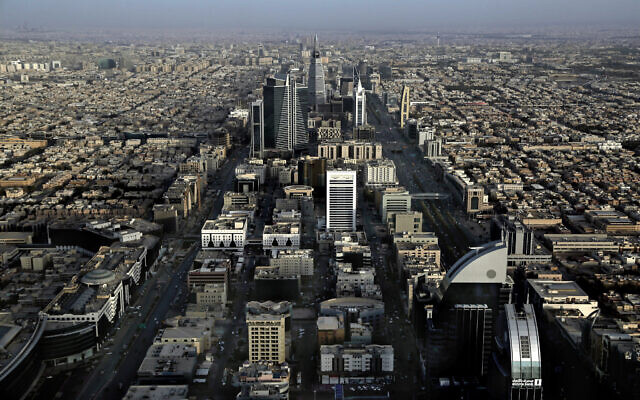 With so many foreign workers needed to carry out these massive construction projects, isn’t there a negative impact for Saudi Arabia since foreign workers’ residential areas suffer more poverty and crime, as has often been the case in other countries?

The Saudis are bringing in millions of workers in the fields of infrastructure, catering and medicine. Workers are from the Philippines, Bangladesh, India, and Sri Lanka. Regarding safety, I also walked around at night, I went for walks and I felt safe. The Saudis have strict law enforcement, so I was not concerned about street crime. 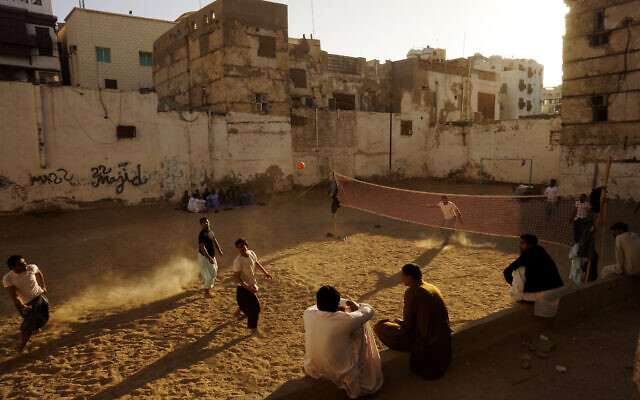 Will the Saudis allow tourists to consume alcohol?

We asked this question during the conference. We told the representative of the Tourism Ministry that alcohol is served in the Gulf and in Egypt, so how will Saudi Arabia compete with them? He replied that as a first step they will not change their no-alcohol policy, but said that they will reexamine it later. I tend to believe that the Red Sea Project will take a unique approach, similar to how the island of Macau exists separately from China with different policies.

The Saudis set the goal of drawing 100 million tourists by the year 2030. Does this sound realistic to you?

This is their goal. According to them, 30-40 million tourists will arrive as part of the Hajj pilgrimage. In addition, they will reach another 60-70 million tourists from the West, China, and India to areas such as the new city of Neom, the Red Sea Project, the city of Jeddah, and trips to the mountains. There are many other attractions, such as the Al-‘Ula area, which is similar to Jordan’s Petra, but much larger. People will be excited to go there because in tourism, getting to a place before the whole world has discovered it is an exciting thing. 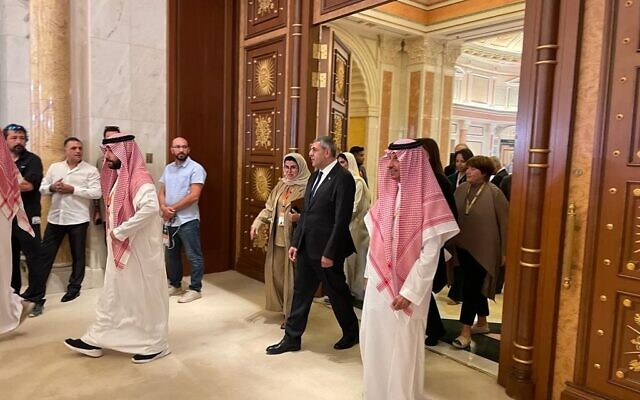 Is there a way for the Israeli tourism industry to benefit from all of these large-scale investments, or is the country totally boxed out because, after all, it’s Saudi Arabia?

If the Saudis get to host the 2030 FIFA World Cup, it will probably be together with Egypt, and according to the precedent set by Qatar, they will have to let the Israelis in. As for other integration, the Saudis are currently looking to acquire knowledge. They send tens of thousands of Saudi students around the world for training in the field of tourism, studying hotel management, hospitality, services and catering. So manpower training is something that we may be able to integrate into. In addition, they are purchasing software and cyber technology.

I believe that by 2030, ties with Israel will open in light of their opportunities and needs.

A version of this article appeared on The Times of Israel’s Hebrew-language sister site, Zman Yisrael.