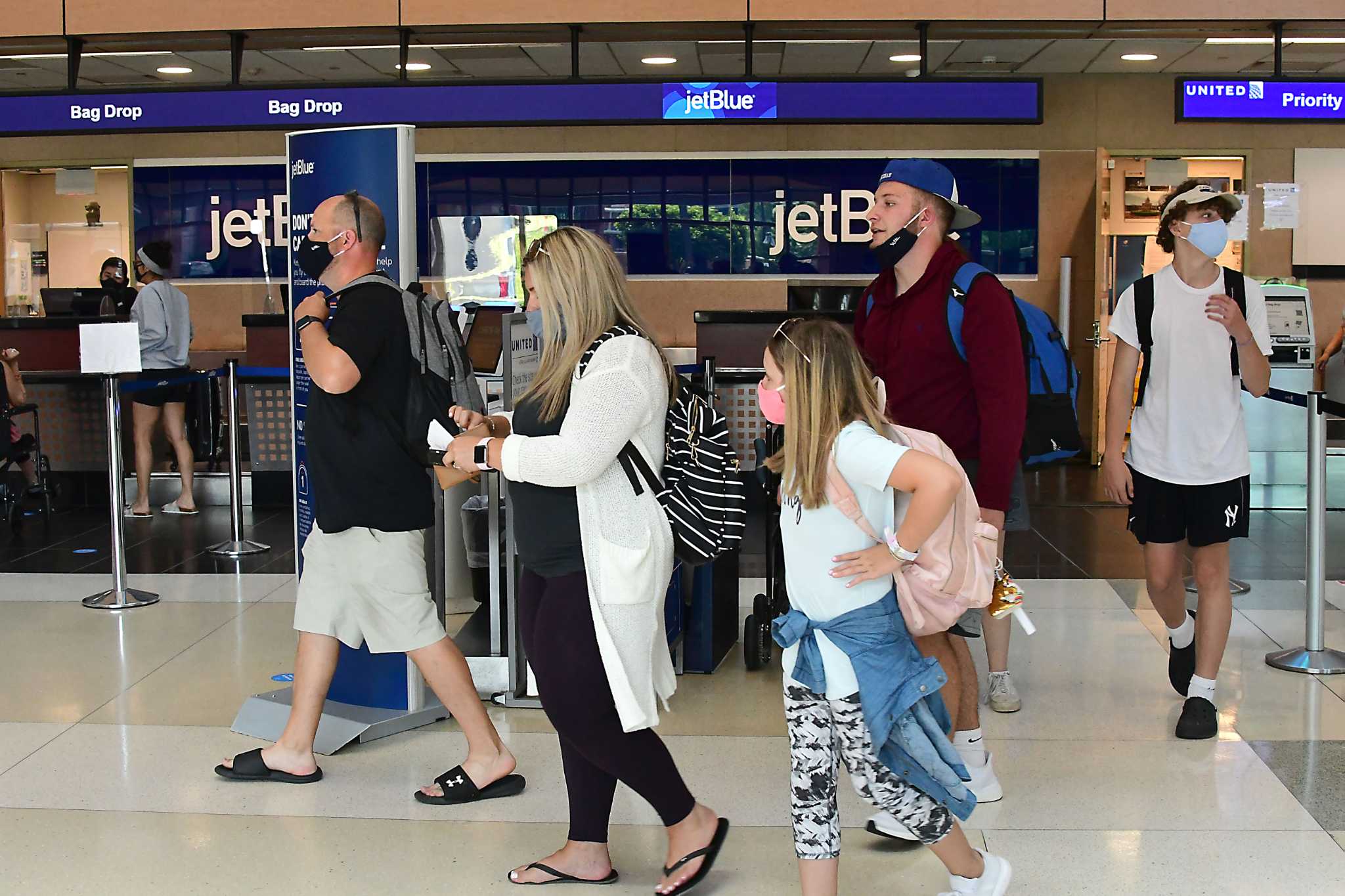 ALBANY — Gov. Andrew M. Cuomo on Saturday issued an order that will close a loophole which made employers responsible to pay the salaries of workers who are in mandatory 14-day quarantine if they left the state for non-essential purposes, including taking a vacation.

The governor’s order was issued two days after the Times Union reported the loophole that was created when Cuomo issued an executive order requiring anyone who enters New York after visiting states with high rates of coronavirus to self-quarantine. The issue arose due to an earlier executive order he issued mandating employers pay their workers if they are in a required quarantine.

“Gaming the system and playing Russian roulette with their health is not how New Yorkers have been acting throughout this pandemic, but this will give employers piece of mind and as a reminder, everyone should continue to be smart, wear a mask and wash your hands,”  said Cuomo senior advisor Richard Azzopardi.

The Business Council of New York State, which had been researching the fallout of the issue and had been receiving questions from its members about the quarantine order, said it was appropriate for the governor to fix the defect.

“We felt it was a common sense approach and we appreciate the governor’s office including this in the executive order,” said Patrick Bailey, a spokesman for the Business Council.

Many other governors have imposed similar mandatory quarantines for people visiting or returning to their states, but New York’s order imposes hefty civil penalties — up to $10,000 — for anyone who violates the requirement. Other states have made the orders “advisory.”

In order for someone to face penalty in New York, Public Health Law requires that they first be notified by a local health department official that they are subject to quarantine and being ordered to isolate themselves or their family.

Cuomo announced the guidelines Wednesday during a news conference with Govs. Phil Murphy of New Jersey and Ned Lamont of Connecticut, who also enacted similar advisories.

The states that are currently flagged as high-risk are Alabama, Arkansas, Arizona, Florida, North Carolina, South Carolina, Texas and Utah, which all are experiencing upticks in coronavirus cases. The White House on Friday said that roughly half the news cases are infections in people 35 and under and that fatalities continue to drop across the country.

There is no timetable for New York’s quarantine requirement and Cuomo imposed it at a time when tens of thousands of people are beginning to embark on summer vacations, including to locations that include the Carolinas and Florida.

States are included in the advisory if 10 per 100,000 residents or 10 percent of the total population tests positive on a seven-day rolling average.

Although the governor said there would be “random checks” to enforce the quarantine, he hasn’t said how those would be done or whether police would use checkpoints to question travelers. He also indicated that the state — although it’s unclear how — would be able to access the travel itineraries and monitor people flying into New York airports.

A long list of so-called essential jobs, which includes professions ranging from grocery store workers to surgeons, are exempt from the quarantine if they are traveling to or from high-risk states for work purposes. But those workers are required to wear masks, maintain separation and be tested for coronavirus.

“New Yorkers and businesses have suffered enough, and the governor’s vindictive, hypocritical move against other states and on New Yorkers’ liberties does not help us move forward,” Ortt said.

Cuomo said enforcement may rely on the public reporting violators.

“It’s not impossible to enforce. States all across the country have been doing this for months, (for) New Yorkers who would go to their state,” Cuomo said. “It is hard to get 100 percent enforcement. You can’t track down everyone who comes from these states, but that’s not what enforcement is either. You never enforce every law 100 percent.”

Several states had issued similar guidance for New Yorkers in late March and early April when the state’s numbers were the worst in the nation. In March, Florida and Texas began requiring New Yorkers to self-isolate for 14 days after arriving; the Florida order is still in effect.

On March 28, Cuomo criticized Rhode Island for setting up border checkpoints and stopping vehicles with New York license plates to question drivers about their travel plans, and to remind them to quarantine if necessary.

“I don’t think that’s legal,” Cuomo had said. “If they don’t roll back that policy, I’m going to sue Rhode Island, because that clearly is unconstitutional.”

In an interview with CNN on Thursday, Cuomo said New York will not set up a “blockade” but offered no detail on how the quarantine will be enforced.

The law is if you come in from another state you have to self-quarantine for 14 days,” he said. “If you don’t, and you get caught, you will have violated the law. You can be fined. … But if you fly into New York, we’ll have your name, we’ll know where you’re supposed to be staying, there will be random checks.”

The state Health Department provided some guidance on its website early Thursday that laid out rules for someone returning to New York, including mandating that they remain in “separate quarters with a separate bathroom facility for each individual or family group.”

If it is a single family member who is quarantined, though, then the person must remain isolated from other members of the household and have food delivered to them.

Someone who passes through a high-risk state, and may visit a few rest areas along the way or have a layover at an airport, they are not required to self-quarantine upon entering New York.