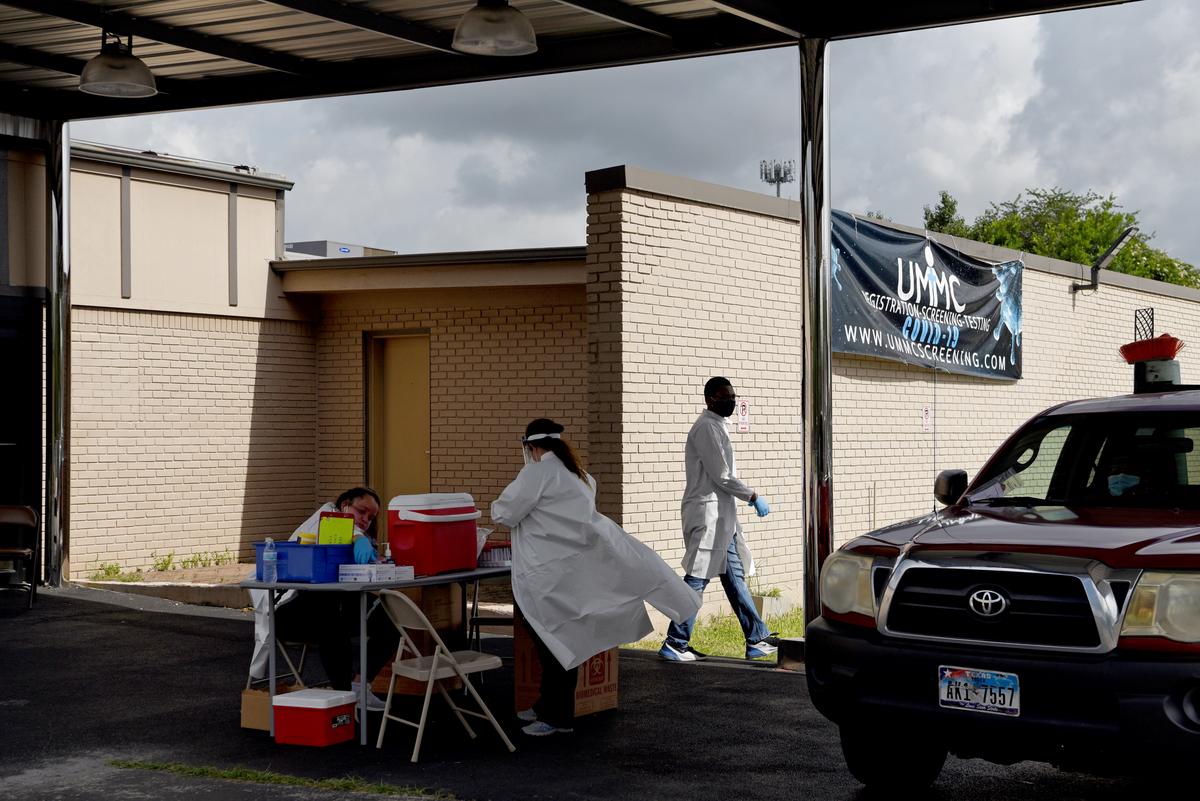 Florida, Texas and California are among roughly two dozen states that have experienced an alarming rise in infections in the past two weeks, a sign that efforts to control the spread of the novel coronavirus have failed in much of the country.

In Houston, a line of more than 200 cars snaked around the United Memorial Medical Center as people waited for hours in sweltering heat to get tested for COVID-19. Some had arrived the night before in order to secure a test at the drive-thru site.

“I got tested because my younger brother got positive,” said Fred Robles, 32, who spent the night in his car. “There’s so many people that need to get tested, there’s nothing you can do about it.”

Dean Davis, 32, who lost his job due to the pandemic, said he arrived at the testing site at 3 a.m. on Tuesday after he waited for hours on Monday but failed to make the cutoff.

“I was like, let me get here at 3, maybe nobody will be here,” Davis said. “I got here, there was a line already.”

In Florida, more than four dozen hospitals across 25 of 67 counties reported their ICUs had reached full capacity, data published by the state’s Agency for Health Care Administration showed. Only 17% of the total 6,010 adult ICU beds statewide were available on Tuesday, down from 20% three days ago.

Health officials are bracing for a wave of further hospitalizations that could strain healthcare systems in densely populated areas, leading to an uptick in COVID-19 deaths. Increased deaths tend to lag a rise in new cases by a month or more.

More than 130,000 Americans have already died from the illness – about a quarter of the global total.

“A lot of this is being driven by young people, under 40… They’re less at risk,” Florida Governor Ron DeSantis said at a news conference in Miami about the spike in new cases.

U.S. President Donald Trump, whose handling of the crisis has been widely criticized, plans to visit Florida later this week. The White House defended his trip to the state, which is seen as critical to his re-election chances on Nov. 3.

“We can’t stop what we’re doing. He’s got to run a nation,” White House adviser Kellyanne Conway told reporters at the White House.

‘SPIKED OUT OF CONTROL’

Trump has repeatedly pushed for the reopening of the U.S. economy and urged Americans to return to their lives. On Monday, he said that U.S. schools must open in the fall, a decision over which he has little power.

Colleges and universities have been forced to adjust reopening plans, including altering their calendars and holding some courses online. Harvard University said on Monday all of its courses would be online for the upcoming academic year.

Trump is discussing school reopenings at the White House later on Tuesday.

New COVID-19 infections are rising in 42 states, based on a Reuters analysis of the past two weeks compared to the prior two, putting the Unites States close to 3 million total cases. Montana, Oklahoma and Missouri on Tuesday shattered their previous daily record highs for new cases.

In Arizona, another hotspot, the rate of coronavirus tests coming back positive rose to 26% for the week ended July 5. The World Heath Organization considers a rate over 5% to be troubling.

The surge has forced authorities to backpedal on moves to reopen businesses, such as restaurants and bars, after mandatory lockdowns in March and April reduced economic activity to a virtual standstill and put millions of Americans out of work.

Miami has imposed a mask wearing requirement and ordered some businesses to close, with penalties imposed on those who do not comply.

Miami Mayor Francis Suarez told MSNBC on Tuesday that “extreme measures” were necessary because more COVID-19 patients were on ventilators and the availability of ICU beds was dwindling rapidly.

“We’re trying to put in a series of measures to once again flatten the curve, which unfortunately has completely spiked out of control in the city.”