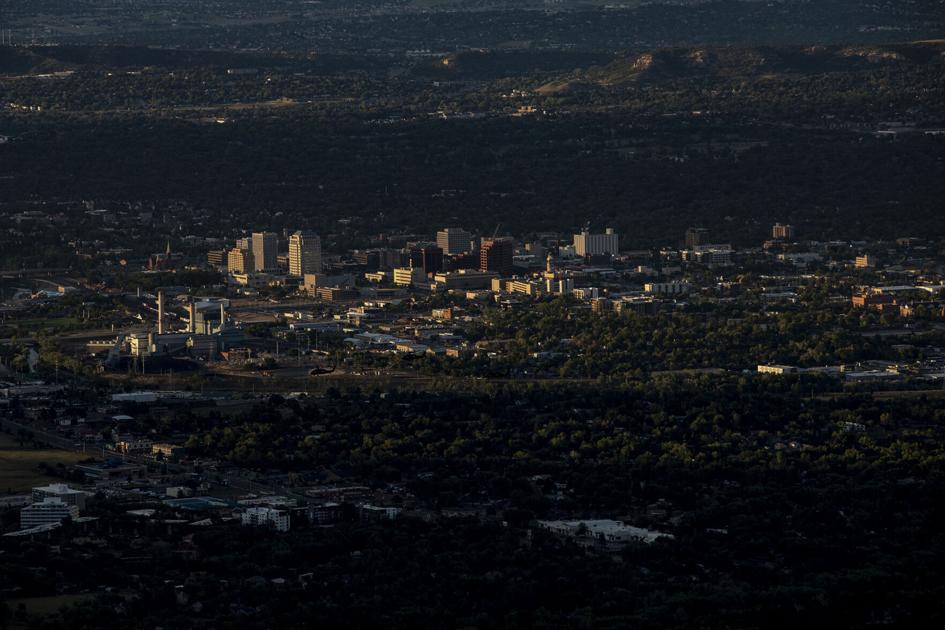 “The travel industry truly is in a great travel depression, this is unlike anything we have really ever seen,” Doug Price, Visit Colorado Springs president and CEO, told Colorado Springs City Council earlier this week.

Spending by tourists statewide is down from about $6.6 billion from mid-March to mid-June in 2019 to about $1.73 billion during the same time this year, he said.

Regionally, the decline in tourism has been felt in job losses as well, he said. Prior to the spread of coronavirus, tourism supported about 20,000 jobs in the Pikes Peak region. Through May, 11,200 unemployment claims had been made by tourism industry workers at the Pikes Peak Workforce Center, Price said.

The meeting industry has largely dried up because large conferences and conventions have been canceled, he said. The loss of the big gatherings is particularly significant for large hotels, such as Hotel Eleganté Conference & Event Center and Cheyenne Mountain Resort, which rely on events for up to 70% of their business, he said.  Across all types of hotels, Price expects occupancy to be down about 50% for the summer.


Economic recovery will take a while, Colorado Springs economists say

Visit Colorado Springs, a marketing nonprofit, is now focusing on drawing leisure travelers from within the state, which can be more challenging than working with event planners, he said.

Some attractions, such as Pikes Peak, are seeing better than expected demand as some tourists drive farther than usual to visit Colorado, from states like Pennsylvania and Arkansas, said PK Knickerbocker, executive director at Pikes Peak Region Attractions Association.

At Pikes Peak, visitation fell about 32% from 207,730 visitors from January through June of last year to 140,433 visitors during the same period this year, Colorado Springs data shows. While the numbers are down, the staff is pleased with how many people the mountain is drawing, including many from out of state, said Sandy Elliott, operations administrator.

“If we still continue to see those types of numbers, I think it would be a success story for the Pike’s Peak region,” she said.

In Teller County, the Cripple Creek and Victor Narrow Gauge Railroad had to cut its daily number of trains from two to one and socially distance riders, so there is no way it can hit its ridership peak, said Tina Estep, station manager. But ridership is better than expected, supported mainly by visitors from Texas, and the social distancing helps older riders feel safer, she said.

“We are trying our darndest to make sure we make it work,” she said.

The Space Foundation Discovery Center in Colorado Springs expected a rush of visitors after it reopened two weeks ago, but it is not seeing visitation on par with a typical year, which can reach a peak of up to 200 to 250 people on a Saturday in July, said Kevin Orangers executive director. Some visitors could be more hesitant to visit indoor attractions and he would like to see the museum sector do more to communicate all the safety measures they are taking, he said.

Just reopening was a challenge for many attractions and many missed Memorial Day weekend, a key travel holiday, waiting for variances from the state to be approved, Knickerbocker said. Some attractions remain shuttered such as Iron Springs Chateau, in Manitou Springs and The Great Wolf Lodge, in Colorado Springs, which features an indoor water park.

Knickerbocker said she is hopeful the tourism season could be extended slightly if more schools offer online learning, especially since fewer seniors are expected to travel in the fall.

The regional industry would take another big blow if larger attractions, such as Cave of the Winds, Flying W Ranch and Seven Falls, have to close because the state revokes variances allowing larger gatherings of people, she said. The county is at risk of losing variances after seeing an increase in the percentage of residents testing positive and the average number of new cases per 100,000 residents rise.

“People really need to take it seriously and do what they can,” she said. A recently approved statewide mask mandate is one of the measures aimed at slowing the spread.

The domestic tourism industry is projected to recover by 2023 and it’s possible the Pikes Peak region’s leisure travel could recover a bit faster because it has so much to offer, Price said. The group and business travel to the area is likely to follow the national trend, he said.

Thanksgiving travel to reach near pre-pandemic highs this week