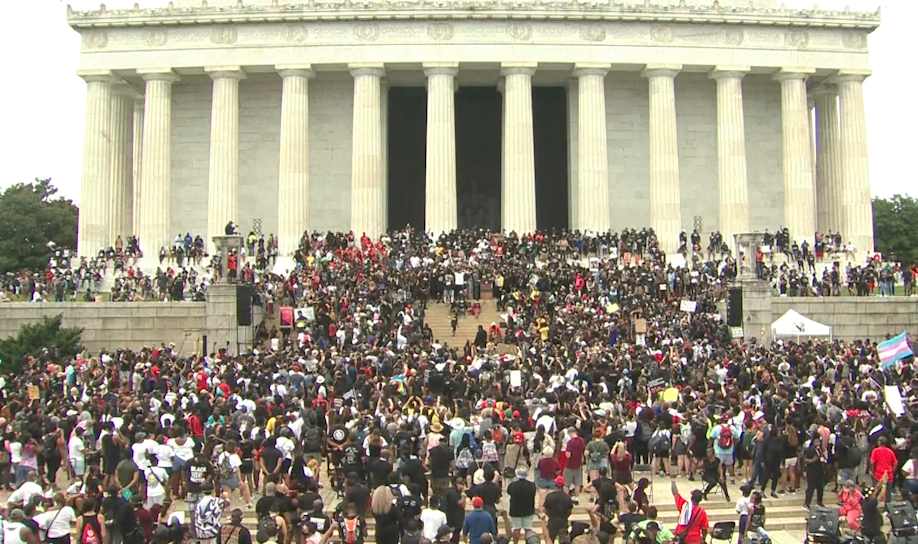 BEND, Ore. (KTVZ)– Thousands of people gathered in the nation’s capital Friday, marking a historic day and fighting for change, and leaders of the Central Oregon Diversity Project and Central Oregon Peacekeepers were there to join the movement.

Friday marked the 57th anniversary of the historic civil rights March on Washington and the Rev. Martin Luther King Jr.’s famous “I Have a Dream” speech.

Leaders from the Central Oregon activist groups have been in Washington D.C. for the past two days.

Diversity Project Co-founder Kerstin Arias told NewsChannel 21 Friday the experience has been a complete culture shock. She said they are surrounded by thousands of people who are fighting the same fight.

Demonstrators marched against racial injustice and are demanding police reform. The families of Jacob Blake, George Floyd and Breonna Taylor were also on hand and spoke.

The crowd also heard Martin Luther King III speak, along with the Rev. Al Sharpton and many other civil rights leaders.

Arias said joining the demonstrations in D.C. showed that they are not alone, and they are keeping the momentum going.

“It just shows that we’re not the only ones fighting,” Arias said. “And more and more, we get people out to use their First Amendment rights, to continue to show what is going on, not just in Oregon, not just in Wisconsin, but it’s all over the world.

“And to come here and be in the capital city and they are fighting that here just the same, that’s where we need to be at as well in Oregon, standing up and fighting back, because our voices will be heard, and we will be safe.”

Arias said in order to see change, we must go 10 times harder.