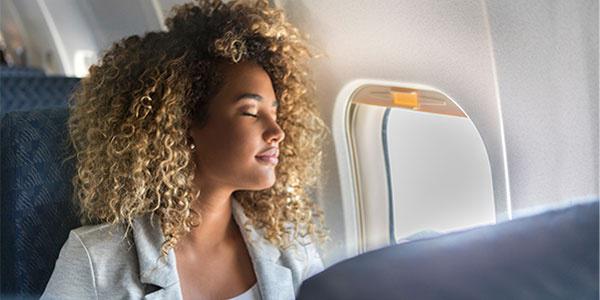 Over the past year, inflation has turned up in everything from household items to used cars. Now it’s coming for your turkey and cranberry sauce.

Americans celebrate Thanksgiving this week, and as I’m sure you’ve noticed, prices are way up. The average cost of a typical holiday feast has increased 14% compared to Thanksgiving last year, according to the American Farm Bureau Federation’s (AFBF) annual survey. The price of the turkey alone is up 24%, which is nearly four times the official inflation rate as reported by the Bureau of Labor Statistics (BLS).

Higher fuel costs will certainly be felt during this year’s busy holiday travel season. As many as 53.4 million people are expected to hit the roads and take to the skies this week, according to the American Automobile Association (AAA). That’s within 5% of pre-pandemic 2019 levels.

Looking just at U.S. commercial air travel, some 4.2 million people are forecast to fly this Thanksgiving. That would be close to double the traffic from last year and a decrease of around 9% from 2019. Indeed, air traffic numbers, although improving slightly, still lag 2019 levels as business travel has yet to fully recover compared to leisure.

Business-Related Hotel Bookings Up More Than 4,000% Since September

However, the tide appears to be turning rapidly thanks to the decision to lift travel restrictions on vaccinated travelers entering the U.S. from Europe and elsewhere. According to data analytics firm Adara, hotel bookings in the U.S. for business purposes are skyrocketing among travelers from Europe, the Middle East and Africa (EMEA). Since September 1, such bookings are up more than 4,000%, well ahead of bookings for leisure purposes and visiting family in the U.S.

You can see how demand for business-related hotel stays exploded on November 8, the day when the U.S. officially lifted the travel ban that had been in place since the very beginning of the pandemic.

Sunny U.S. destinations appear to be highly favored by Europeans, according to Adara data. Hotel bookings in Miami are up 5% compared to 2019, while Phoenix is up a whopping 84%. On the leisure side of things, Honolulu is seeing an incredible 139% increase in hotel bookings versus 2019.

It may be obvious to point this out, but I’ll do it anyway: Adara’s data is highly positive not just for hotel chains but also commercial airliners. As I said earlier, air passenger volumes still trail 2019 levels, but I believe we’re finally starting to see significant growth momentum—perhaps the most significant since the start of the pandemic.

Airline Revenues To Recover By The Second Half Of 2022?

I’ve had people ask me when we can expect airline revenues to return to pre-pandemic levels. As always, it’s difficult to make these sorts of predictions, but from what I’ve seen, the most plausible estimate comes from Airlines for America (A4A).

According to its most recent report, the U.S. trade group believes airline revenues could fully recover to 2019 levels by the second half of next year. This is based largely on monthly sales data from the seven largest U.S. carriers. By the September quarter of 2022, ticket sales could be 3% above pre-pandemic levels.

In the meantime, airlines continue to offset still-recovering ticket sales, not to mention higher fuel costs, with ancillary revenues. These include sales of services that go beyond simply transporting someone from A to B. Think frequent flyer programs, credit card applications, hotel bookings, extra legroom and the like.

(Speaking of which, United Airlines announced last week—just in time for some holiday cheer—that it would resume hard liquor sales on domestic flights for the first time in over a year, making American Airlines and Southwest Airlines the only major carriers with a blanket ban on alcohol in economy class.)

As you might expect, ancillary revenues dipped dramatically in 2020, but like the airlines industry as a whole, sales appear to have ticked up this year. According to IdeaWorks and CarTrawler, global ancillary fees increased to $65.8 billion in 2021, or $7.7 billion more than last year.

Although ancillary revenues are still below 2019 levels, they today represent a larger share of total airline revenues than they did two years ago. In 2021, these fees represent an estimated 14.4% of total revenues, compared to 12.2% in 2019. A decade ago, they represented only 5.4% of global sales, underscoring just how important this revenue stream has become and will continue to be.

Discover the world’s top 10 airlines of 2021 by clicking here!

Disclosures: All opinions expressed and data provided are subject to change without notice. Some of these opinions may not be appropriate to every investor. By clicking the link(s) above, you will be directed to a third-party website(s). U.S. Global Investors does not endorse all information supplied by this/these website(s) and is not responsible for its/their content.

3 States Removed, Others Added Back On as Chicago’s Travel Advisory Updated – NBC Chicago