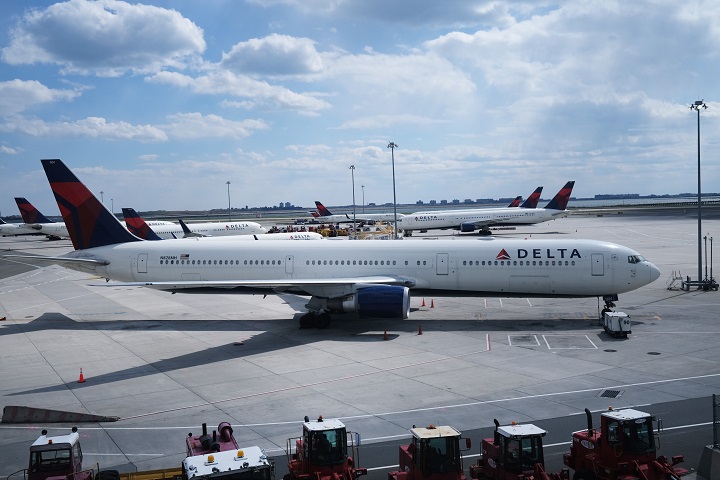 Many travel and hospitality companies spent more on federal lobbying during the third quarter as COVID-19 cases surged due to the highly-contagious delta variant. Now, as the omicron variant spreads, there’s no sign of that trend stopping. The first confirmed case of the omicron variant in the U.S. was identified on Wednesday, and several other cases in the U.S. have been confirmed since.

In the late summer and early fall, the delta variant surged in the U.S. The 7-day average of new COVID-19 cases rose from a 15-month low of 12,000 in late June to over 160,000 in late August, according to CDC numbers. Last week, the World Health Organization classified the omicron variant as a “variant of concern,” bringing about an onslaught of temporary travel restrictions and a potential new threat to travel and hospitality companies.

The airline industry increased its spending to $5.6 million during the third quarter of 2021, according to an OpenSecrets analysis. During the same quarter in 2020, the industry spent $5.4 million on federal lobbying.

As an industry, lodging and tourism continued a six-year decline in quarter three lobbying spending. The industry spent $3.1 million on federal lobbying this third quarter — less than it has during any third quarter since 2015, according to OpenSecrets data.

The cruise ship industry, on the other hand, bested its previous third quarter numbers and dropped $1.4 million on federal lobbying. Major cruise lines resumed international trips this summer after pausing operations in March 2020.

Two of the largest cruise companies dramatically increased their lobbying spends. Norwegian Cruise Line spent $375,000 — more than it spent on federal lobbying during the entirety of 2020 — and over four times what it spent during the third quarter last year.

Carnival Corp., the world’s largest travel leisure company, bumped up its third quarter spending to $325,000 — more than it has spent during a third quarter since 2012. Its Diamond Princess cruise ship had one of the first major COVID-19 outbreak on board.

Despite the emergence of omicron, Federal Reserve Chairman Jerome Powell told lawmakers Tuesday he thinks the effects of the COVID-19 virus on the economy will diminish over time.

“I’m not thinking that the effects on the economy will be remotely comparable to what happened last March with the shutdowns or that there will be additional shutdowns,” Powell said.

Instead of the shutdowns or lockdowns Americans experienced at the beginning of the pandemic, President Joe Biden announced plans Thursday for more widespread vaccinations, boosters, free at-home testing and increased medical personnel.

Feel free to distribute or cite this material, but please credit OpenSecrets.
For permission to reprint for commercial uses, such as textbooks, contact OpenSecrets: [email protected]

OpenSecrets is participating in Newsmatch 2021! Through December 31st, your gift will be matched dollar for dollar, up to $1,000, thanks to our friends at Newsmatch. Support independent journalism today!

At OpenSecrets.org we offer in-depth, money-in-politics stories in the public interest. Whether you’re reading about 2020 presidential fundraising, conflicts of interest or “dark money” influence, we produce this content with a small, but dedicated team. Every donation we receive from users like you goes directly into promoting high-quality data analysis and investigative journalism that you can trust.