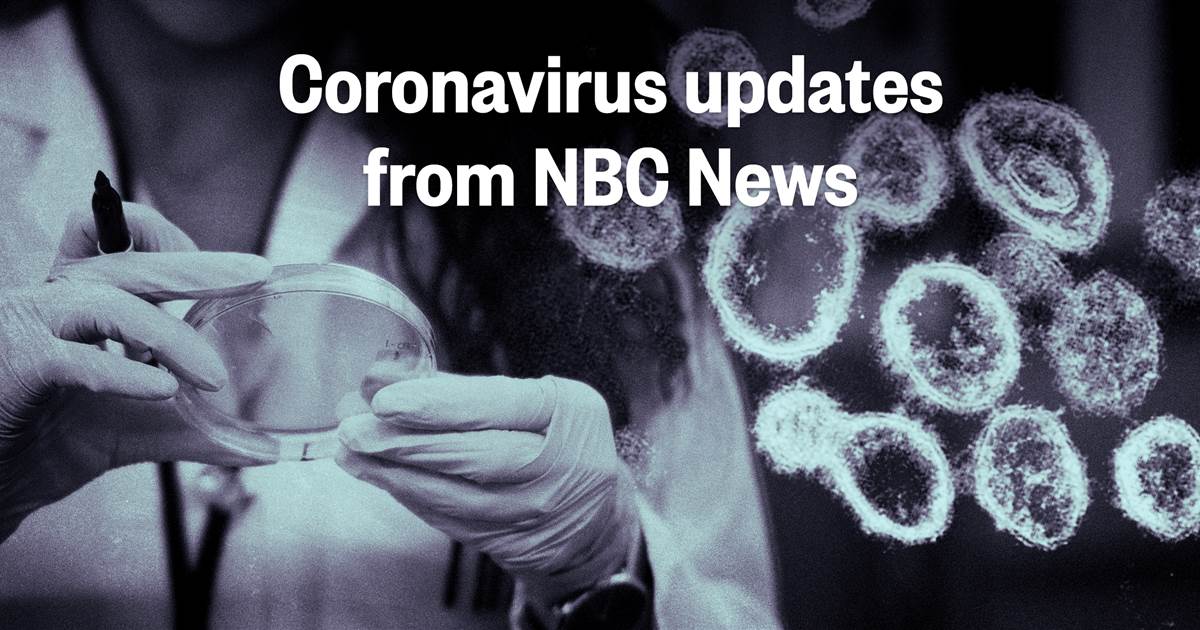 Alaska on Friday issued a mandate barring in-state travel between communities except to support critical infrastructure or personal needs.

The announcement came as Gov. Mike Dunleavy reported the state’s first death linked to COVID-19. It involved a 63-year-old woman with underlying medical conditions receiving treatment at an Anchorage hospital who tested positive Wednesday. There had been a previous death of an Alaska resident, but that person died at a Washington state health care facility, health authorities have said.

The travel restriction takes effect at 8 a.m. Saturday. The governor also told residents to stay at home as much as possible and to stay six feet away from others and ordered “non-essential” businesses to close.

School closures and self-isolation have led to a drop in the number of child abuse cases reported to several state hotlines, worrying experts who say rules intended to halt the spread of coronavirus may be making conditions worse for victims of child abuse trapped at home with their parents.

Hotlines in Colorado, Texas and Illinois and California have received fewer reports of child abuse since stay-at-home orders have been put into place, say experts who attribute the decline to children no longer attending school or day care, where teachers and child care workers are mandated to report suspected abuse.

Nebraska health officials on Friday reported what are thought to be the first two deaths in the state associated with the coronavirus illness COVID-19.

The Douglas County Health Department said in a statement that a man in his 50s “who also suffered from serious underlying health conditions” and had contact with a known case out of state died.

The Central District Health Department also said Friday that it had a COVID-19-related death involving a woman in her 60s who had been hospitalized in Hall County. The department said that she had underlying health issues.

Nebraska has had 89 people test positive for COVID-19 as of Friday evening, according to the state health department, and a little more than half of those are in Douglas County, which is in the eastern part of the state and is where Omaha is located.

“We are not through this. We’re not even halfway through this,” said Joseph Kanter of the Louisiana Department of Health, which has recorded more than 2,700 cases, more than five times what it had a week ago.

New Orleans’ sprawling Ernest N. Morial Convention Center, along the Mississippi River, was being converted into a massive hospital as officials prepared for thousands more patients than they could accommodate. The preparations immediately conjured images of another disaster, Hurricane Katrina in 2005, when the convention center became a squalid shelter of last resort in a city that has braved a string of storm hits, not to mention great fires and a yellow fever epidemic in centuries past.

Americans today must come together like the Greatest Generation before us

33,000 Americans abroad struggling to get home

The State Department has helped more than 15,000 U.S. citizens get home from abroad since the coronavirus outbreak – but about 33,000 Americans are still struggling to return, officials said Friday.

About 15,440 U.S. citizens from more than 40 countries have been repatriated, and the State Department’s call center has fielded more than 11,000 inquiries since March 21, according to Ian Brownlee, who heads the department’s repatriation task force.

Still, more than 33,000 Americans are abroad and trying to get home, Brownlee said.

L.A. partners with UPS to deliver, pick up COVID-19 tests

Los Angeles is teaming up with UPS to become the first city in the U.S. to offer delivery of coronavirus test kits, Mayor Eric Garcetti announced Friday.

UPS will pay for, deliver and pick up thousands of tests a day starting next week, Garcetti said.

“I want to thank you UPS, for standing up and delivering,” he said during a news conference.

Garcetti also confirmed the city’s first case of COVID-19 in a person experiencing homelessness. Advocates in Los Angeles, which has the nation’s highest number of people living on the streets, warned earlier this week that some 1,200 homeless people could die from coronavirus, NBC LA reported.

San Francisco to use convention center for homeless

“At a time when we’re encouraging everyone who can to stay home and stay six feet apart when they do go out, it’s important that our shelters and navigation centers also have the space to follow the public health requirements,” Breed said in a statement.

Homeless people will be placed in Moscone Center West, which is expected to open be available next week, she said.

San Francisco has also leased more than 300 hotel rooms to house coronavirus patients or those believed to have the virus, the city said in a statement. The idea is that the patients could be isolated without taking up rooms at crowded hospitals.

‘You don’t know who doesn’t have it’: Biden would recommend national lockdown

Joe Biden said Friday night that if he were the president leading a response to the coronavirus pandemic, he would recommend a national lockdown for at least two weeks to help contain the outbreak.

Biden, asked during a CNN virtual town hall whether he would institute such a plan, said he would.

“Why would we not err on the side of making sure we are not going to have a repeat,” Biden said.

Thinking of Traveling in the U.S.? These States Have Travel Restrictions