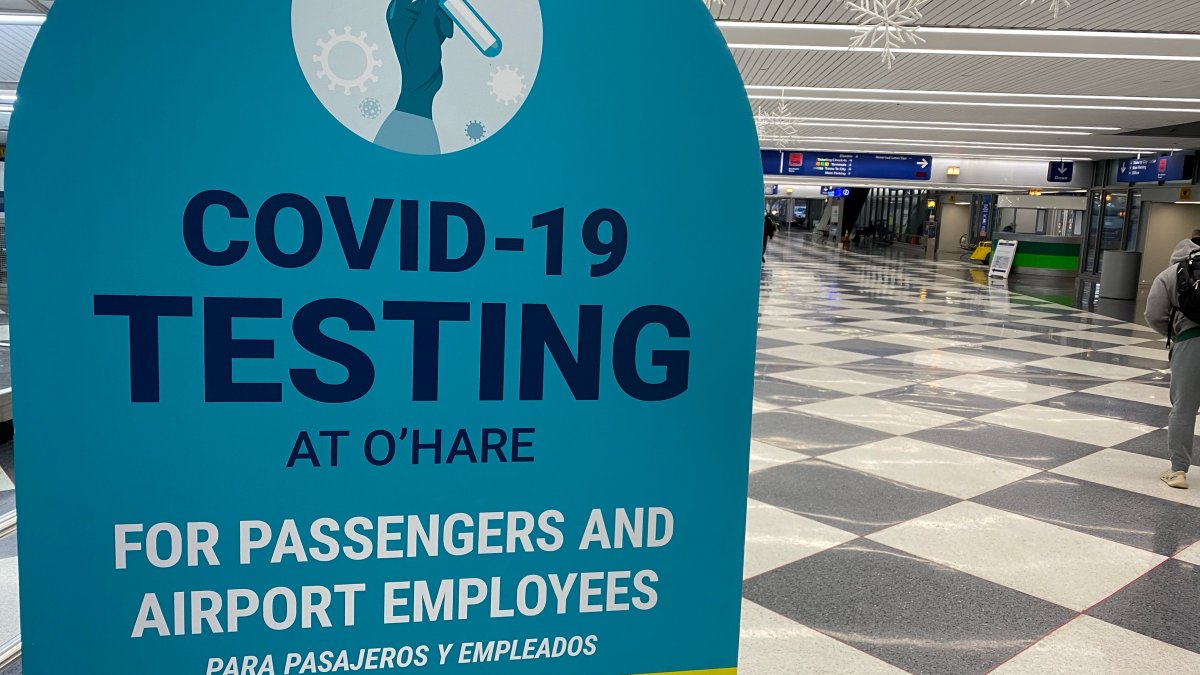 For the first time this year, the entire U.S. is not on Chicago’s travel advisory.

The city announced Wednesday that one state had been removed from its warning list and six other states or territories could soon follow.

Maryland was removed from the city’s list this week, leaving 48 states and four territories still on the advisory. But health officials said three states and three territories could join Maryland, if they stay below the threshold for another week.

States are added to the advisory’s “orange list” when COVID metrics rise above the threshold of 15 cases per day per 100,000 people. Any below that mark are on the “yellow” list, with public health officials still warning against non-essential travel.

The latest change comes amid declining COVID metrics following the omicron surge this year, and one day after the city announced plans to lift its vaccine and mask mandates for many locations beginning next week.

“Though one state has come off our advisory, and Chicago and Illinois now have our lowest daily COVID-19 case rates in months, the virus is still with us, in Chicago and around the country,” Chicago Department of Public Health Commissioner Dr. Allison Arwady said in a statement. “The fact remains that nearly every state or territory is on the advisory. So if you’re not vaccinated you are at the highest possible risk of getting COVID-19, and you still should adhere to the guidance in the advisory.”

Just before the Labor Day holiday last year, the city updated its guidance for what unvaccinated travelers visiting or returning from locations on the advisory should do, adding new testing and quarantining recommendations before and after travel.

The city noted that “given the delay for approval of vaccination for children under 5,” children 5 years old and younger are exempt from the advisory, but only if the adults they are traveling with are vaccinated.

International travelers will be subject to guidelines from the U.S. Centers for Disease Control, which requires that all travelers, regardless of vaccination status or citizenship, get a negative COVID-19 viral test no more than one day before travel into the United States.

Under Chicago’s guidelines, unvaccinated individuals should do the following before travel:

After travel, unvaccinated individuals should:

The city advised all travelers to monitor themselves for COVID-19 symptoms and isolate and get tested if they develop any after travel.

This week’s update to the travel advisory comes at a time when the average daily number of new cases in Chicago is down to 278, a stark difference from the 5,189 seen earlier this year.

That figure is still higher than the low of 34 the city saw in late June last year, however.

Hospitalizations are averaging 26 per day and deaths were down to an average of four per day, both marking significant decreases from a week earlier and from the omicron peak earlier this year.

The positivity rate in testing dropped to 1.5%, a dramatic decline from the 21% seen during the surge.

The travel advisory is updated every Tuesday, with any changes taking effect the following Friday.